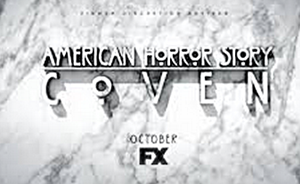 According to The Hollywood Reporter (THR):

“Coven stars Jessica Lange as a witch named Fiona; Kathy Bates plays historical personage Madame LaLaurie, a Louisiana-born socialite and serial killer who kept slaves bound in her home; and Angela Bassett portrays voodoo expert/cult leader Marie Laveau. Coven tells the secret history of witches and witchcraft in America. More than 300 years have passed since the turbulent days of the Salem witch trials, and those who managed to escape are now facing extinction.”

And make sure to check in to Back2Stonewall.com every week for the American Horror Story: Coven episode recaps written by the talented award-winning actor,  and writer & producer of the hit web series “Old Dogs and New Tricks” Leon Acord.