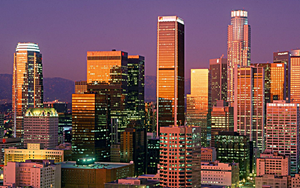 Tuesday afternoon the city council of Los Angeles unanimously approved a resolution calling on President Obama and the federal government to grant asylum to the Russian LGBT citizens who are being  persecuted on the basis of  Russia’s anti-gay laws.

The document calls on U.S. President Barack Obama and Secretary of State John Kerry to “take action to stop the harassment, abuse and murder of homosexuals around the world” and calls upon the U.S. government to make tough international public statements condemning the persecution of sexual minorities, and to use all available means to pressure upon the Russian government.

Member of the City Council of Los Angeles and Tom LyaBonzh, which deals with the supervision of the participation of the city in the twin city program,  joined the author of the resolution Mitch O’Ferrell  and board member Mike Bonin. at a rainbow rainbow flag-raising ceremony after the resolutions signing to send a message of support and solidarity from the residents of Los Angeles to LGBT individuals who face persecution in Russia.

Los Angeles which is the  sister city of Saint Petersburg, the first Russian regions where the anti-gay laws were passed has not broken ties with the “Sister Cities” program.