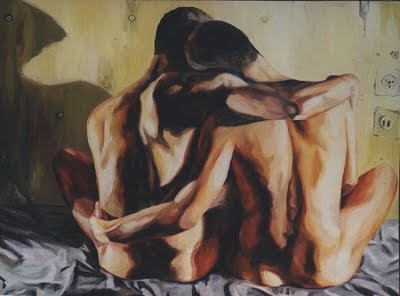 If you follow me on twitter, then you may have noticed that lately more of my tweets are filled with vinegar than with sugar. I won’t pretend that there hasn’t been something that’s been bothering me lately about the LGBT community. And if you’ve ever read my articles, one of my biggest talking points is about how important it is to communicate our feelings in order to bring forth discussion about the issue. So I need to rant about how I feel these issues are problematic to me.

At first I thought maybe I was making all this up in my overactive imagination because by nature I resist many notions of conformity. I don’t go out of my way to avoid it but it’s definitely not a concept that I subscribe to very often. But lately I’ve noticed this trend about our community that gives off a unified front when in honestly it feels anything but together. It feels cool, detached and rigid.

It feels like more and more that LGBT only shows this one facet of our diverse community that echoes how the straight politicians and businessmen that openly oppose us. We’ve gone from picketing in streets to this homogeneous corporate feel that recognizes people that have made small strides instead of those that have been in this fight all of their lives fighting for our rights. It looks too much like we’re trying to be straight when we aren’t.

One thing that has been bothering me lately is about sex. Lately there’s this insinuation by some to assimilate in relation to our sexual nature that seems to be taking place with this community. References made about how we can’t show our sexual nature and must be like that of our straight counterparts and not openly display our love for sex. More and more it feels like the things that should be recognized like advocating for understanding our complex and differing sexual nature aren’t and the things we shouldn’t give too much credence are the things that are overly praised, lacking in substance and importance.

I know that to some of the outside observers it seems that we are nothing more than a bunch  of materialistic, selfish, superficial sex crazed fiends. And to a degree I could not care less what those outsiders believe so long as they do not impede on our freedoms or our customs or our rights. But it bothers me when we have members within our community insisting that we do all we can to resemble all heteronormative actions and behaviors   Like how we should be advocating for monogamous relationships that want to get married and nine to five jobs with the picket fence two dogs and kids.

Anything that deviates from that is not only rejected as a normal concept but actually looked down on. Some go as far as to condemn other gay men saying that they are the reason that the rest of society has an issue with us. Blaming our sexual nature, that is no different in any aspect from our straight counterparts other than how we express it. And I do not like it at all. It enrages me in fact. Look. if nuclear style family is for you then that is perfectly fine. I hope you are able to fulfill that wish and prosper for all your days.

But if someone is inclined to work hard as a bar owner that enjoys polyamorous relationships then he/she should be able to do so without disdain and criticism from members of this community  Especially with the fact that you know damn well what it feels like to be discriminated against for being who you are. Stop trying to put your perfect image of what people are supposed to be like and be concerned with making your own utopia for yourself.

We are sexual beings with varying levels of desires and characteristics that are unique (as it is for everyone). Let two (or more) consenting  adults that have sound reasoning, are protecting themselves and their partners by engaging in safe sexual practices they should be able to do whatever they want with their bodies. They should be able to participate in whatever sexual activity they see fit without this slut shaming.

Another thing that bothered me recently  is when I read about Bret Ratner being recognized by GLAAD with an Ally Award. You may remember that Ratner last  year went on an anti-gay rant before he was slated to produce the Oscars. After being confronted by LGBT advocates and activists for his bigoted tantrum he made a vow to rectify his ways. And he has taken steps by producing videos of other straight celebrities advocating for equality. Don’t get me wrong, I appreciate and welcome any form of advocacy for equal rights.

But it has only been a year.  Even when you take time out of the equation we have to also consider that there are a plethora of LGBT activists that hardly ever get recognized for all the hard work and dedication they put into this movement every day. People that risk their lives are not even noticed unless it makes the news. It’s funny (not really) how the people that are condemning gay men and the rest of the community into this ideal of conformity are the very ones that are conforming to the heteronormative “acceptable” behaviors that are even more vain, superficial and lacking in substance than anyone else is doing.

This trend of assimilation was confirmed even more for me when a friend pointed out an article by Joshua Gamson that questions the identity we develop when we are a part of a movement. In The Dilemmas of Identity Politics,  Gamson points out that even though having parts of our identity that resemble the rest of society that we have to ensure that we don’t lose the rest of our identity in the process. We need to be careful that in our efforts to show how alike we are with the rest of society that we don’t become the very things we advocated against.

To me that’s what it feels like some within the community are doing. All this suggests that in order for us to make advances that we have to modify our behavior and our culture. It’s too dangerously close to internalized homophobia or mocking and discrimination of other LGBT that don’t fit into this model that can be displayed as normal.  Instead of displaying the true diversity of our community, we show the same representation in our movement.

The majority of our leaders are gay Caucasian men that the rest of society deems acceptable and appropriate with no consideration or discernible effort to the rest of this community. There’s hardly any recognition to lesbians, bisexuals, and transgendered. Even less with minority LGBT members. Let me once again make it clear that I’m not saying that mediation and finding common ground isn’t a good thing.

It has always proven to be an effective means to enact change that I support. But I can’t abide that we have to do all we can to fit in to mainstream society. I still wonder all these years later if that was the reason I was told not to be in front of a gay pride rally because they didn’t want to “incite more tensions” as I was told because it didn’t fit the model of what LGBT are supposed to look like. And it needs to stop. We shouldn’t have to fit in just to be accepted.

I understand the need to distance ourselves from the stereotypes that are created out of hate, ignorance, bigotry and sometimes our own behavior as a community. But at the same time that doesn’t mean we should whitewash every aspect of our diverse and unique nature. We shouldn’t disregard the customs we have developed or the culture that we have nurtured to fit the status quo. We need to be unafraid to show those that are most geeky, or feminine, gothic, of different ethnic minorities/races, ages instead of this plastic, uniformed representation now.

We have a rainbow that represents us so let’s show that and respect how different we really are. We are not straight so we shouldn’t have to amend characteristics of ourselves for the movement. The movement exists to show that even though our sexuality is different that we should not be treated differently. And we need to actively make sure that we are not adopting those same conformist attitudes of others in this or any community.

Stolichnaya, GayCities, and Queerty Try To Buy Our Hearts and Minds With Bribes and Lies

Now For Something Completely Different: John Cleese Speaks His Mind On Political Correctness