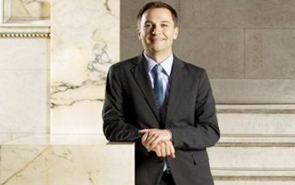 Openly gay Massachusetts state Representative Carl Sciortino has announced that he will be running for the US Fifth Congressional House of Representatives seat currently held by Rep. Edward Markety, who is running for US Senate in a special election to replace Sen. John Kerry, who was recently appointed Secretary of State by President Barack Obama.

“I am running to continue the strong progressive leadership that the families of the Fifth District have always counted on,” said Sciortino. “I look forward to bringing my record of accomplishment to Washington to fight for our progressive values.”

The Fifth Congressional District is currently represented by Rep. Edward Markey of Malden, the frontrunner in the special election to replace Sen. John Kerry, who was recently appointed Secretary of State by President Barack Obama.

“I am proud to call Ed Markey my Congressman and I am dedicated to helping elect him as our next U.S. Senator,” said Rep. Sciortino. “His record on behalf of Massachusetts families – fighting for jobs, consumers’ rights, and a healthier environment— is the kind of leadership Massachusetts needs in the Senate and it is a record I look forward to continuing in Congress.”

A leading progressive voice, Rep. Sciortino was first elected in 2004, upsetting a 14-year incumbent at age 25. One of the Commonwealth’s seven openly-gay legislators, Sciortino is the leading voice for LGBT rights on Beacon Hill, championing the fight for marriage equality and co-authoring the 2011 Transgender Equal Rights Bill. In 2007, Sciortino co-authored the bill which created the 35-foot buffer zone that protects the entrances to women’s reproductive health centers. He has led the fight to close corporate tax loopholes and make the state’s minimum wage the highest in the nation.

Rep. Sciortino, a graduate of Tufts University, represents the 34th Middlesex District, including parts of Medford and Somerville. He resides in Medford with his fiancé. To learn more or get involved, visit www.carlforcongress.com.

Sciortino a progressive Democrat has been an advocate for a range of issues related to social and economic justice, including raising the minimum wage, closing corporate tax loopholes, passing Massachusetts’ landmark universal healthcare law, pushing for improvements in education & testing policies, and increasing access to public transportation.  He has received numerous distinctions for his work including being awarded as the “Best of the New” by Boston Globe Magazine and “Legislator of the Year” by the National Association of Social Workers and the Mass Association of School Psychologists.

Sciortino has also served as Massachusetts State Director of the Young Elected Officials Network for two terms, and has been active in the Network since its inception in 2006.  Prior to serving in the legislature, Carl worked in the public health field in the area of HIV/AIDS research management.

Its Here! The MUST NOT Have Xmas Gift of 2014: The Tony Perkins Bobblehead Doll!