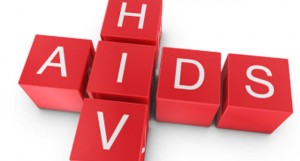 The study, conducted in the UK has shown:

The number of UK men having intercourse without a condom rose by 26 per cent between 1990 and 2010, the study by the Health Protection Agency (HPA) and University College London (UCL) showed.

Dr Valerie Delpech, head of HIV surveillance at the HPA, said: “Everyone should use a condom when having sex with new or casual partners, until all partners have had a sexual health screen.

The only way to avoid contracting HIV and stop the spread of the virus is to use a condom as Dr. Valerie Delpech states above as well as getting tested. These two factors are critical in slowing down and preventing the spread of the HIV virus.

GQ Apologizes To Dustin Lance Black Over “Did He Hit On You?” Taylor Lautner Question