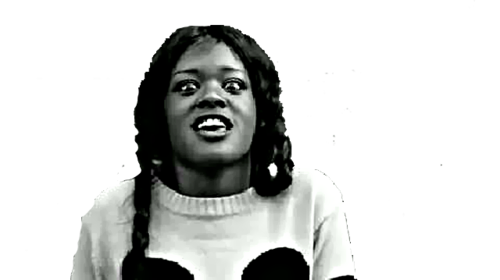 Rapper Azealia Banks has been the center of controversy for the past month for her recent anti-gay comments towards Perez Hilton. When it appeared that the situation had at least quieted down, Banks again went on a tirade this past week on Hilton again as well as the rapper Baauer after they had a conflict over Banks sampling his hit song Harlem Shake, The LGBT community have been vocal condemning Banks’ hate speech as it appears the concept of how inflammatory her comments have had on others.

Well now Banks has even more to say and wants to set the record straight. Overall, Banks feels like the LGBT community is set on vilifying her for something that everyone does and shouldn’t take this incident so seriously when there are other things of more importance:

There are such bigger problems… and then you’ve got organisations like GLAAD [Gay And Lesbian Alliance Against Defamation], which are fucking complete bullshit.

Is Banks right and are we impeding on her right to free speech? No we aren”t because just because you have every right to say what you want doesn’t mean that there are a lack of consequences  There are consequences to every action, even voicing our opinions. We have every right to being offended of the immature, reckless use of words that are used while kids are bullied and nearly beaten to death. A word that they will always associate with pain and fear. The concept of what fee speech seems to be lost on Banks. So free speech is not saying whatever the hell you want without people telling you how that makes them feel.

Then Banks elaborates on this weak point. Claiming all the other wronged groups of the world are still doing the same bad things. It so much is like a child when caught red handed tries to point to everyone else that has their hand in the cookie jar, rather than owning up to their wrongdoing.

I have sex with men and women, do I have to take a picture of my licking a fucking pussy? What the fuck! It doesn’t make any sense. It’s so stupid. It’s so stupid and it’s so evil. And it’s just like this stupid fucking media shit, you know what I mean? It’s the media shit. And this is why I go about myself the way the way I go about myself, and I do whatever the fuck I want. If the media is going to build me up to tear me down, you motherfuckers are not going to tear me down.

Banks clearly has never heard of the terms of internalized homophobia and internalized misogyny that these attacks have been riddled throughout this controversy. The way she condemns sexual acts of gay men as degrading, disgusting and humiliating is disturbing. And we already know all the other dark, cold realities of the world Azealia. The people you are proclaiming we should be focused on are the ones that use the slurs you’ve now become more infamous for.

This isn’t about some tortured artist that is looking to escape the man’s oppressive thumb. It’s about a pretentious ass who thinks it’s okay to act like anything as feminine is weak and then when confronted will cling to the very thing you insulted. There is no re-appropriation to words once they have been expressed in an oppressive manner.

No one is asking you to be a role model or to act a certain way but you damn well better believe that when you have something shitty to say people have every right to tell you what a complete ass backwards hypocrite you really are.

Rock Goddess Pink Opens Up About Her Sexuality

WIN A Date With George Clooney! – Gorgeous George To Auction Himself Off To Raise Funds For GLSEN

Should Gay Celebrities Come Out Of The Closet? Jake Shears Says Yes

1 thought on “Azealia Banks Responds To LGBT Criticism, Does Her Rebuttal Have A Point?”