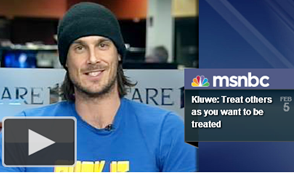 The ever awesome Minnesotta Vikings LGBT ally Chris Kluwe appearred on MSNBC News with Thom Roberts to talk about recent events in pro football – namely, homophobes Chris Culliver and the 49ers ‘It Gets Better’ video debacle, LGBT equality activism in pro sports, and what he thinks will happen in his home state of Minnesota with marriage equality.

Of course he had to be straight.

Visit NBCNews.com for breaking news, world news, and news about the economy

GREAT SCOTT! Mr. Sulu is Gay In Star Trek Beyond!