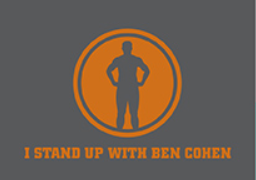 In 1897, sociologist Emile Durkheim conducted a study on the reasons people committed suicide in Europe. In this study, he noted that it is more important to focus on fixing the individual than on fixing the societal factors that may have led to a person deciding to take his own life. From my experience, I have seen this is just not true, particularly in discussing the high suicide rate among LGBT youth, an issue I’m very passionate about on a personal level.

I always knew I was different than the other boys. I was never really into playing sports and preferred reading a book over being outside. I was also more sensitive than the other kids. At first, I didn’t think much about it; I grew up on a small military base in Crete in a tight-knit community. It wasn’t until my dad got transferred back to the states that it really jumped out at me. Instead of the acceptance I was used to, the kids, if they weren’t ignoring me, teased me about my lack of ability regarding sports, my intelligence, or my sensitive nature. I did manage to make some friends and made it through. In high school, it just got worse. I’d get verbally abused all the time, shoved into lockers, or threatened with violence on a regular basis. While all this was going on, I was in an abusive relationship for a year. Needless to say, I was pretty messed up.
I thought about suicide and even got to the point where I was going to attempt it twice. The first time I was able to talk myself out of it, keeping in mind the people I’d hurt. The second time, I called a friend that came over and made sure I didn’t do it. It’s taken me most of my life to sort through all that pain and get to a place where I’m happy with who I am and where my life is headed. Unfortunately, not everyone reaches that point. I understand how some people get to a point where they don’t see a way out.

After I came out four years ago, I started looking for ways to be more active in the community. A friend of mine directed me to Ben Cohen’s fan page on Facebook. He was still playing rugby at the time but was already an outspoken advocate for equality in sport and showed concern over the reported suicides of LGBT teens in the states. Once he decided to retire and start StandUp, his organization to combat bullying and deal with homophobia in sport, I was completely on board. The fact that a straight athlete with no real personal investment cared enough to start this organization was inspiring to me. This, in turn, caused me to see other issues in the LGBT community such as marriage equality and employment and get involved there as well.

Is it idealistic to think that society’s attitude about the LGBT community can be changed? Yes, it is. However, it’s the only real way we’ll stop people from hurting or killing themselves or each other. We have to strive to educate, enlighten, and fight to show we are all equal citizens and that everyone deserves the same love and respect, no matter who they are or who they love. So, all due respect to Emile Durkheim, get out there and change things. STAND UP!