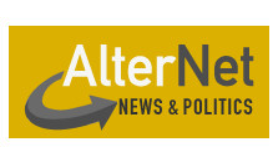 I was lucky enough to be able to be on the AlterNet Radio Hour this week, hosted by Joshua Holland to talk about Gallup’s recently flawed survey which states that their numbers indicate that only 3.4 percent of the population identifies as LGBT and to also talk about the harm this does to the LGBT community for presenting such unreliable findings.

Also on the show was Jonathan Cohn of the New Republic who talked  about how a Romney victory would redefine what it means to be an American citizen and journalist Jonathan Knefel, who recently returned from a trip to the Guantanamo Bay Naval base to report on the ‘military commission’ proceedings for Khalid Sheik Mohammed, the suspected mastermind of the 9/11 attacks, for  The Nation .

My bit starts at the 50 minute mark.  But if you have the time the entire show is a great listen.

Let me know what you think!

Bradley Manning Sentenced To 35 Years In Prison Over Wikileak Documents