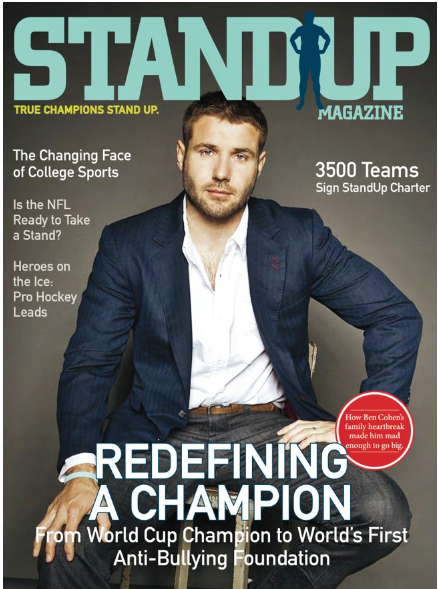 Everyone’s favorite  rugby stud and LGBT advocate Ben Cohen and his StandUp Foundation has announced the launch of its new magazine STAND UP for November whose proceeds will benefit beautiful Ben’s StandUp Foundation and its effort to fight bullying and remove homophobia from sports.

The first issue of the quarterly publication will be released on Nov. 14 th and the magazine will carry the tagline “True Champions Stand Up,” and will feature athletes’ personal stories, and focus on the “best in sports, including character, fairness and inclusion.”

Retired Gen. Jerry Boykin: The DADT Repeal Will Cause The Rapture!