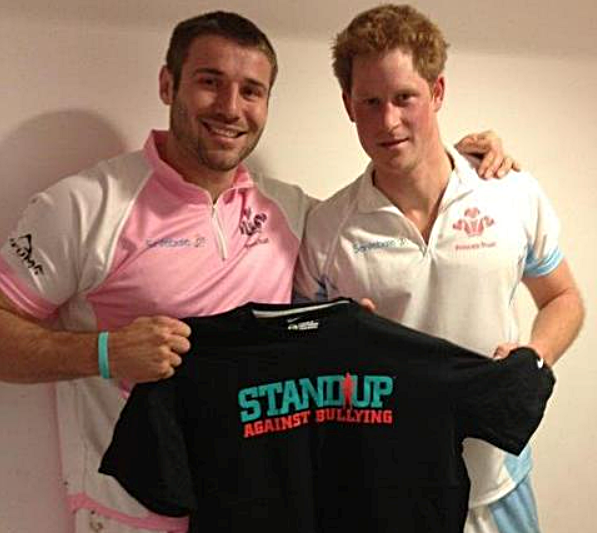 Ben Cohen has seriously ramped up his work with his StandUp Foundation dedicated to stopping bullying worldwide.

In the video below Ben talks  his work with international partners Microsoft and Nike, as well as Wicked the Musical. (And his voice is even HOT!)

Also Ben,  recently posted a picture of him and Prince Harry, who supports Ben Cohen’s work and the anti-bullying project.  Princess Diana would be so proud of Harry, who has carried on with her spirit of supporting charities and helping those who need it.

Science Fiction Writer and NOM Board Member Orson Scott Card: Being Gay Is A “Reproductive Dysfunction”