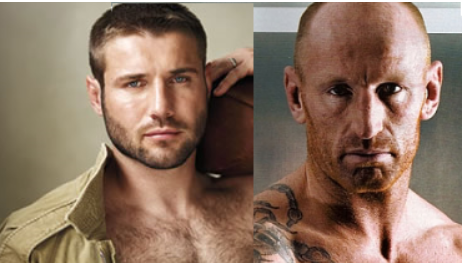 Rugby icon and anti- bullying champion Ben Cohen and openly gay  former rugby star (and DILF) Gareth Thomas talk about The Bingham Cup, the gay-inclusive rugby tournament which numbers over a thousand  players, and is heading to Manchester, UK on June 1 which Thomas championed to be played there.

Ben Cohen (melt) stated: “We’ll be celebrating with a sport I love, which is rugby. Rugby is very diverse  anyway; it takes all shapes and sizes to play. It’s a sport that’s played by all  and it’s very good to see that it’s really big in the gay community.”

Beautiful Ben  along with the gay dating website Gaydar and a number of the Aviva Premiership clubs, have started the  “Let’s Kick Homophobia Into Touch” campaign which calls for players and supporters to stop all homophobia in rugby . (To support Ben’s noble cause via Twitter use the hashtag  #kickintotouch.)

Gareth Thomas recently spoke about the importance of gay rugby teams, and coming out in sports in an interview with Popular Publicity NYC.   You can listen to the audio below: