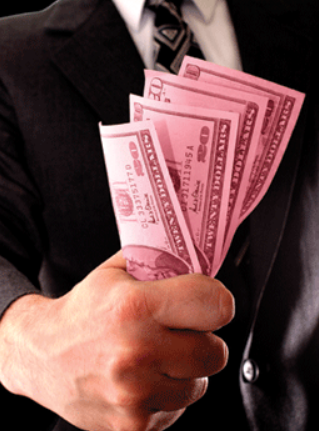 Witeck Communications which has worked since 1993 on counseling and marketing Fortune 500 companies in the LGBT community has released a report stating that the total buying power of the U.S. lesbian, gay, bisexual and transgender adult population for 2012 is projected to be over $790 billion dollars.

Buying power, in the research, is another term for “disposable personal income,” or DPI, which economists define as the total after-tax income available to an individual to spend on personal consumption, personal interest payments or savings.

Buying power is  not the same as affluence or wealth and there is no hint that same-sex households are more affluent than others, which is little more than a stereotype. Bob Witeck of Witeck Communications states “We have seen research from economic research that strongly suggests that gay men may earn slightly less than their heterosexual counterparts, for instance.”

$790 billion dollars a year?  Surely we could buy our Equality for 10 times over for that price./

Perhaps we are just giving to the wrong organizations.  *cough* HRC *cough*

***Speaking of LGBT Money and Donations.  If anyone would like to donate any of thier $790 Billion to a worthy Independent Blog  PLEASE feel free to use the Donation Button on the right hand side of the screen to help us raise funds to attend Netroots Nation 2012 to be held in Providence R.I. in June.

FIRST LOOK: Matt Shepard Is A Friend Of Mine ( Documentary Trailer)