GayHomophobe.com is an awesome site built by @saizai which catalogs all the homophobes (most of them right-wing, family values, religious bigots) that have been outed as card-carrying Mary’s after taking an overt and active anti-gay stance. It’s awesome. Take a look at the list and let Sai know if he is missing any of these slimy characters. At the time of this post, it’s been 9 days since the last outing. I wonder if we’ll see Marcus Bachmann on this list soon? 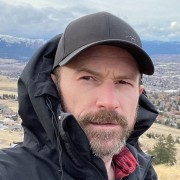 UPDATE: Debbie Reynolds Passes Away After Being Hospitalized With Possible Stroke

Lance Bass Pulls A “NPH” On TV And Says The Word “Trannies” – Ooopsie!

Elton John Spins His Upcoming Russian Concert: I Am Doing It For Gay Russians