Now Darren Criss really is not my type but I know a lot of you guys out there will be going Cukoo for Darren Criss nuts because of this paparazzi snapped pic of Criss was leaving a gym after a workout wearing sweats and going commando underneath.

Hows that for a swinging metronome? 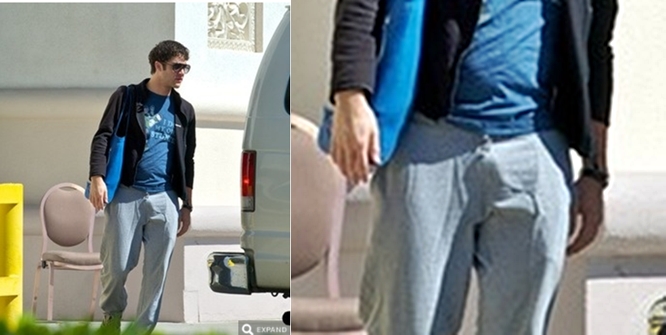 “It Gets Better” (Broadway Sings for the Trevor Project)

Gay History vs. Mindhunter – The Murder of Addison Verrill by Paul Bateson (1979): What’s Right, What’s Wrong and What You Don’t Know.

2 thoughts on “WOOF! – GLEE’s Darren Criss Goes Commando (Swinging to the left… Swingin to the right….)”