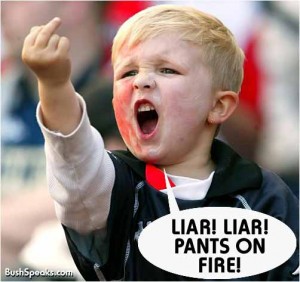 Given the way hate-groups NOM, AFA and FRC carry on, one would think that in states where same-sex marriage has been enacted, the institution of breeder marriage would be imploding in on itself like a dying star. Well, as I’m sure most sane individuals would know already, that is not the case; not in the slightest.

A look at states that have enacted/passed same-sex marriage shows lower divorce rates than in “family values” states. From Edge on The Net:

In New York, the largest and most recent state to legalize marriage equality, has a divorce rate of 2.5 per 1,000. That ties the rate in Iowa, the sole non-Northeastern state to allow same-sex marriages. The other states with marriage equality also all have low divorce rates compared to the national median: Connecticut, New Hampshire and Vermont.

It would appear that the anti-gay Christo-Fascist Zombie Brigade is lying. What? Lying?! Surely that can’t be true. These “people” are supposed to be Christians, and doesn’t one of the Ten Commandments say something about lying? I’m fairly certain it does (Exodus 20:16, the eighth Commandment). Since these Christianists love quoting Leviticus to “prove” God doesn’t like “the gay” let’s see if it says anything about lying shall we…Leviticus 19:11, “Ye shall not steal, neither deal falsely, neither lie one to another.” OR Leviticus 6:1-4, “And the LORD spake unto Moses, saying, If a soul sin, and commit a trespass against the LORD, and lie unto his neighbour…or hath deceived his neighbour…and lieth concerning it, and sweareth falsely; in any of all these that a man doeth, sinning therein: Then it shall be, because he hath sinned, and is guilty,”

Time for America to wake up and ignore the lying liars of the religious-right hate-machine.