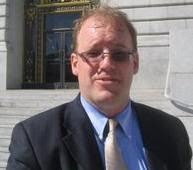 “While the current incarnation of AFTAH appears to have been active since 2006, we found only one form 990-EZ on file — for the year 2009 (PDF).  In this, total receipts are listed as $110.000, out of which Peter LaBarbera received a salary of $75,000.  For perspective, this is approximately the same salary plus benefits claimed by Exodus president Alan Chambers.  Exodus lists eleven employees and a million dollar budget.”