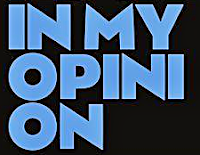 Getting Back to Basics!
by Josh Hughes

The fight for civil rights in the gay community has changed drastically since the days of Stonewall in the East and Harvey Milk in the West. Foremost is the community itself. It is no longer just a “gay” community. We’ve, for the most part, broken down some of the smaller barriers inside our own community to include lesbian, bi-sexual, transgender, and virtually any other group that in the past we may have marginalized ourselves. For this I say stop right here and pat yourself on the back.

We’ve also made much progress at the local, state, and national levels all over the United States, and have affected or effected change in many other countries. At the risk of causing a repetitive stress injury, I say kudos are in order yet again. But where are we headed, and what is our direction, and who is leading us? In the information super-age, where we can, with the click of a button, see where to vacation, where to get married, and what complete stranger to do both with, it’s easy to get inundated with local, regional, and international causes and missions. It’s easy to “like” this or “re-tweet” that, and urge your friends to do the same, and all of that is very harmless, and in fact does a lot to increase awareness. Sadly, it’s doesn’t really do more than that, and it can easily lull us into thinking we’ve helped the fight for the day.

Stonewall was NOT about a nation of queers that had had enough, it was about, essentially, a neighborhood. Harvey Milk wasn’t interested in making the US safer for homosexuals; he was worried about the safety of his friends and neighbors. When we talk about the history of gay civil rights, this is the first name, and the first event that come to mind, and for good reason. When it’s time to take to the streets, it’s Main Street we should be focusing on, not Pennsylvania Avenue.

In a tiny little town (pop 2,400) in the foothills of the Ozarks (Yes, Arkansas), they knew that protecting their community was the job of the community, so they started a domestic partnership registry so that all members of the community could be protected to the extent that they could provide. They weren’t interested in what was happening in Washington, or even in Little Rock, Eureka Springs would protect their own!

All around the nation people are setting their sights back on city hall, where the fight can actually be won. Where are you fighting?

*Back2Stonewall.com would like to welcome Josh Hughes as a new addition to our blog!

**Josh Hughes is a 30’s something non-typical accountant type.  He spends his 9-5’s in the non-profit sector helping to solve the housing crisis one simple affordable house at a time in a chilly northern Michigan city.  In the evenings, he helps small businesses get started, get bigger, and get better in northern Ontario Canada.  In his “spare” time, he likes to think that all the classes he’s taking are leading to an MBA.  You can follow his daily rants and raves on twitter at @joshhughes75.  Aside from speaking his mind, his other hobbies include; music, reading and long walks on the beach… all with booze!

Gay Geek Dr. Who ALERT! – Prequel Video to “The Doctor, The Widow and The Wardrobe” Christmas Special!