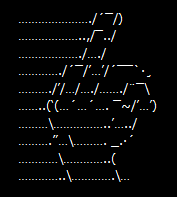 Before running away from Washington on their less than earned Thanksgiving break the lame duck Senate Judiciary Committee unanimously voted to move forward with censoring the internet via the COICA bill — despite a bunch of law professors explaining to them how this law is a clear violation of the First Amendment. What’s really amazing is who many of these Senators are and that many of the same Senators have been speaking out against internet censorship in other countries, but happily vote to approve it here because it’s seen as a way to make many of their largest campaign contributors happy so they have no problem turning the US into one of the small list of authoritarian countries that censors internet content it does not like.

We already have laws in place to deal with infringing content, so don’t buy the excuse that this law is about stopping infringement. This law takes down entire websites based on the government’s say-so. First Amendment protections make clear that if you are going to stop any specific speech, it has to be extremely specific speech. This law has no such restrictions. It’s really quite unfortunate and shocking that some of these these 19 US Senators, who call themselves “progessives”  are the first American politicians to publicly vote in favor of censoring speech in America voting with the likes of such extreme right wing Republican hacks and Senator Lindsey Graham and John Cornyn.