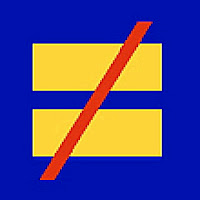 Democratic lawmakers are happier with his handling of “don’t ask, don’t tell.” [No they’re not]

The House passed a repeal earlier this year, [it’s not a repeal] but it’s stuck in the Senate. The repeal is part of a massive defense bill, and most Republicans want at least two weeks of debate on that. However, Senate leaders hope to limit the lame-duck session to three weeks, and there are lots of items on the agenda.

The president has been working behind the scenes, calling key lawmakers and having Pentagon officials do so, too. [Obama has reportedly called Carl Levin, who was already on board. Who else did he call? The story says “lawmakers” – who did he call? And who have the Pentagon officials contacted in favor of repeal – name one wavering lawmaker any of them has called.]

“We’ve checked one big box, that military leaders support the policy,” said Sen. Amy Klobuchar, D-Minn. [No they don’t. Mullen is supportive, while Gates is the reason repeal is on death’s door, because he just had to have his study, and it just had to be completed after the elections. And the rest of the joint chiefs are being a royal pain.]

They’ll check another Dec. 1, when the Pentagon is to finish its study on repeal.

Gay rights groups laud Obama’s effort. “He set out his priorities on this early in the year, and look how far it’s come. It just wasn’t always public,” said Joe Solmonese, the president of Human Rights Campaign – St. Louis Tribune

What a crock of shit!

It’s pretty pathetic that SOLMONSLEAZE and the HRC are now claiming that there’s been a super duper secret plan all along.

Tell me Joe/  What’s  HRC’s secret plan for getting DOMA repealed and ENDA passed in the next three weeks before Congress goes home and we’re screwed for years to come? What’s the secret plan to get UAFA and the federal employees benefits bill passed? For getting the hospital visitation memo, which can easily be ignored by the next president, put into law?

We had the best opportunity in history of making significant legislative progress on DADT, DOMA and ENDA – and a host of other gay rights issues – and HRC, President Obama and the Democratic congress blew it.

You know it and WE KNOW IT.  So don’t try to cover your worthless asses now.

Solmonese and the HRC are nothing more than hopeless, stooges and nothing more than a White House lackey’s who spews the disinformation that are given him. They are a farce and a charlatan organization to continue trying to spin the failures of Obama as a secret plan and other puerile excuses for an out right homophobe who has no intention of ever standing up and actually doing anything substantial to further our rights

It’s time that those in LGBT community are still drinking the HRC kool-aid. STOP. Because supporting this worthless, lyimg, brown nosing waste of an Organization who SELF PROCLAIMS to be our leader has and will continue to do us more harm than good as long as their are Horh d’oeuvre, cocktails, White House receptions and photo-ops available to them.