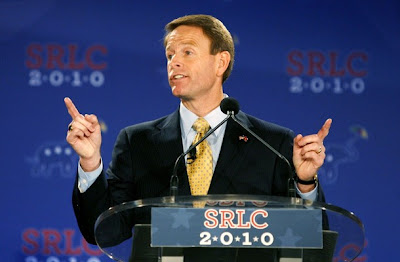 “At its core, this is a center-right country where things like ‘hope’ and ‘change’ are still measured against our greatest ideals. It’s still a place where freedom matters more than ‘progress.’ Where faith is fought for, not against. And where standing for life means not standing alone. Voters are looking to the GOP to take us–not down the path of least resistance–but the road less traveled.

“In race after race, we witnessed the raw power, not of the Republican Establishment, but of the deep alliance between social and Tea Party conservatives. Despite what the old guard will say, this synergy is based on more than policy or disillusionment. It’s rooted in a common passion to restore the Constitution, the family, life, and faith to a place of honor in American law. And the GOP ignores it at their peril. Americans are looking for men and women of conviction.” – Family Research Council head Tony Perkins

Transaltion. The anti-gay closet\-case douchebag is telling the GOP that they aren’t anti-gay ENOUGH.

Somebody rapture this bitch.

Today Is International Talk Like A Pirate Day! – Blow The Man ….. Down!

PLAYGIRL Magazine to Relaunch Next Week After Years Absence.