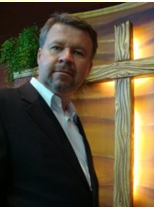 The city of El Paso, TX has become the fist city to take a step backwards into the closet by repealing same sex and domestic partnership benefits to city government employees which voters did by a 55-45 margin in a city referendum on Tuesday. (As if they should really have a say in the matter in the first place.)
The El Paso City Council voted last year to offer health benefits for unmarried partners of municipal workers. The policy took effect in 2010. “We wanted to say we are open and welcoming to everyone, and we take you as you are,” city Rep. Susie Byrd said.

As soon as council members approved the measure, some religious groups began trying to repeal it. They gathered enough signatures to put the issue on the November ballot. But tried to hide their homophobia by repealing both same sex, and straight domestic partnership benefits but were soon exposed that their initiative was anti-gay.

“I think just about every city would like to do what we’re doing,” said the Rev. Tom Brown, (pictured left) who I must add is such a crazy rightwing EXTREME Christiomaniac who actually believes in Religious Exorcist style therapy for “curses” and “being gay” helped lead the drive to end the domestic- partner benefits. “I think the values of El Paso are the same as other cities, but it is very hard to pass these things.”

David Thackston was one of almost 39,000 city voters who cast his ballot against medical insurance benefits for unmarried partners of city employees. “Gay couples are not married. They are not family,” he said. “A marriage is between a man and a woman.”

After Tuesday’s vote, public officials said they were concerned the outcome would harm the city’s im

Another elected official said he was worried that Tuesday’s vote would be bad for business.

“It is regressive,” city Rep. Eddie Holguin said. “You have companies that frown upon communities that don’t treat people in a humane manner.”
{source]

TWINK TUESDAY – What Exactly Is A Twink?