Actor Stephen Dorff loves to show it off and we love to look.  Now he’s going it again for the new issue of Vman, in a photo shoot by Mario Testino. Dorff is promoting his new Sofia Coppola flick Somewhere 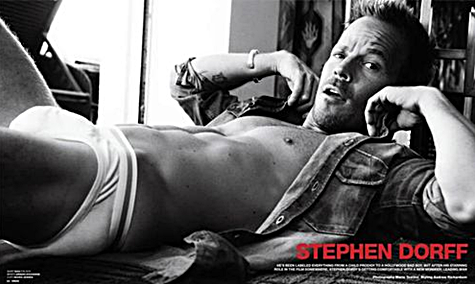 “Truth” in Action: “Homosexual Agenda” the “Iceberg” to Destroy America