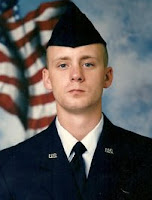 The lead plaintiff in the case is Richard Collins, a decorated former staff-sergeant in the U.S. Air Force who served for nine years until he was discharged from service under the “Don’t Ask, Don’t Tell” policy. Mr. Collins’s superiors learned that he is gay when two civilian co-workers observed him exchange a kiss with his civilian boyfriend. Mr. Collins received an honorable discharge from the Air Force but discovered after the discharge had been completed that his separation pay had been cut in half on the grounds of “homosexuality.” The ACLU and the Servicemembers Legal Defense Network first contacted the Defense Department in November 2009 to request that the separation-pay policy be revised to eliminate the discrimination against gay and lesbian service members, but the department has refused to do so. Because of its refusal to change this discriminatory policy, the American Civil Liberties Union and the ACLU of New Mexico have filed this class action lawsuit in the U.S. Court of Federal Claims

The Department of Defense has a list of conditions that trigger an automatic reduction in that pay, including homosexuality or homosexual conduct.

Talk about adding insult to injury.  What a horrid country we live in.

Maggie Gallagher – Srivastav: The Homosexual Agenda Want You To Lose Your Jobs! (NOM Just Wants To Put The Gays To Death)