*  Big Bang Theory’s James Parsons outed to Kansas housewives in the National Enquirer.   NE runs a piece on how Parsons and his partner of several years, Todd Spiewak, are allegedly going to get married.”  It’s not really an outing though.  It’s a well known fact that Parsons is gay u8nless you live in a Trailer Park.  Hey there Joy!

*  Syfy’s critically-acclaimed series Caprica will come even sooner than anticipated. The second half of season one will now premiere on Tuesday, October 5, 2010 at 10:00PM ET/PT.  YEA!  More kickass gay gangster Sam Adama sooner!

*  ANNOUNCEMENT!  –  Below you can see a first glimpse of the cover of Dieux du Stade 2011, which will be on sale this fall. On the cover, 27 year-old Dimitri Szarzewski , a French rugby union footballer, currently playing for Stade Français.  For those who don’t know, “Dieux du Stade” is French for “strip off your kit and hide your wang with a football for the enjoyment of homos worldwide!.” 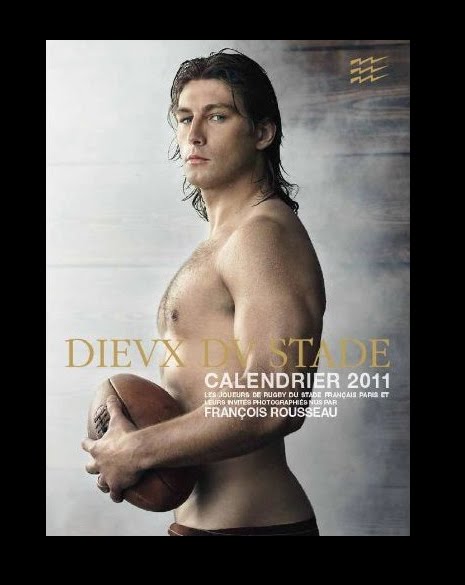