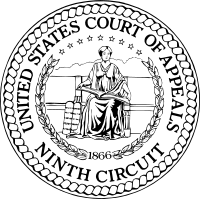 How does this bode?  Well it’s hard to call actually.  Many of the Ninth Circut Judges are scheduled to be at a conference in Hawaii at the time Judge Walkers Stay was to expire. Or maybe they just don;t want to leave the gay community hanging in the wind since there is no definate answer to weather they ARE going to rule on the case or not.  But one thing is for sure the best little dig has to be the specific statement of limiting the Prop 8 supporters’ reply to 15 pages after seeing the rambling russian novels that they submitted previously, a page limit is smart to make them give only concise info, the best of the best of their position. I’m actually surprised they didn’t go for a shorter length than 15 pages.

Read Jerry Brown’s opposition to the Stay after the jump.  (It’s only 6 pages…..)

Lesbian Tennis Legend Martina Navratilova: ‘Having a penis and competing as a woman is not fair’

FIRST LOOK: Watch the Teaser Trailer for “A Wrinkle in Time” – Video