Like the good little “radical gay activist”  blogger I am.  I have myself placed myself on various anti-gay groups mailing lists under different names and emails so I can look inside thier heads.  (Which believe me is always a scary place and makes me want to scrub my brian with bleach afterwards)  And today I hit paydirt.

Well this showed up in my Inbox today from my Regional “Christomaniacs” (<— Look I’m Sarah Palin!  I made a new word) Anti-Gay Religious Group “The Citizens For Community Values in Ohio who are hawking this “Focus on the Family” propaganda to it’s members here and is very proud of the fact that the CCV’s Sister Organization in California “The California Family Council” is run by Ron Prentice who is also Chairman of ProtectMarriage.com, the committee behind Prop 8 and has been accused of laundering monies and pocketin charitable donations. And then tried to dicredit the reporter who broke the story by having a Private Investorgator dif up dirt on him.

I will be doing more on this story in the future.

But for now Read and Watch The Focus on the Family Newletter and Video that was sent out by the CCV of Ohio after the jump……. 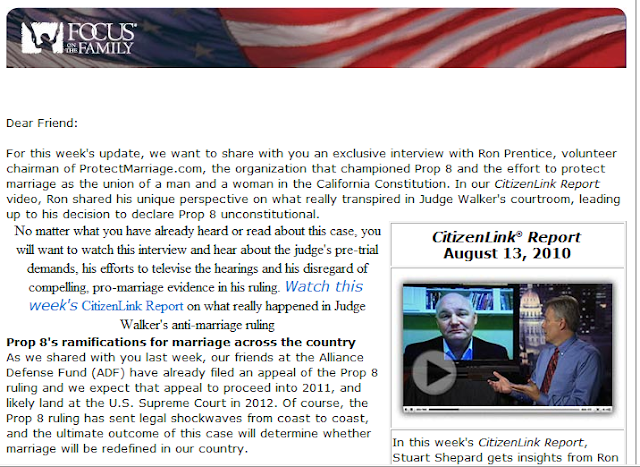 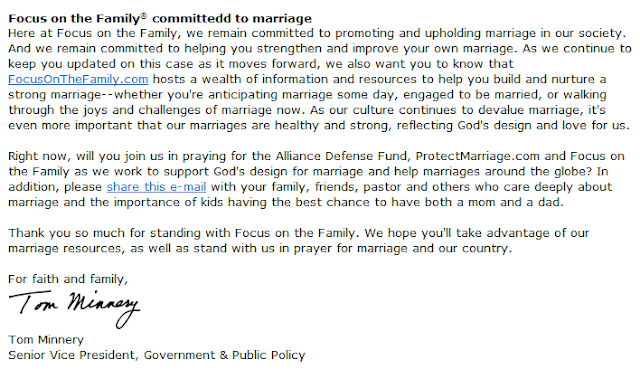 CLICK the LINK BEKOW to watch the Focus on the Family Fake Newscast Interview with Ron Prentice, Chairman of ProtectMarriage.com

Barney Frank: Any Self Respecting Gay or Lesbian Shouldn’t Be Voting Republican (No S**t)

The National Organization For Marriage’s HATE-APOLOOZA 2010 Washington, DC Final Stop Is A MASSIIVE FAIL With Only 47 NOM-BIES In Attendance!