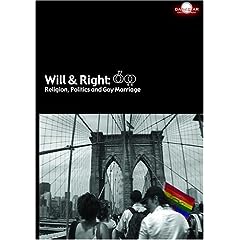 On February 24th, 2004 President George W. Bush announced his support for a constitutional amendment banning same-sex marriage. Three days later in response to the President’s words and inspired by events in Massachusetts, Village of New Paltz Mayor, Jason West, began solemnizing same-sex marriages in Upstate NY. Will & Right takes a deeper look into those fighting for equality and the effects it has on individuals, family values and the nation

Ex-Gay Self Loathing Homos Whine: Put Us In The Smithsonian Exhibit Too!