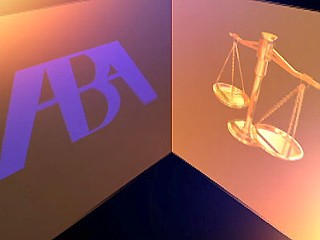 The Advocate reports that the 410,000 member American Bar Association, the most influential legal group in the world, has thrown its support behind Maggiage Equality.

“RESOLVED, That the American Bar Association urges state, territorial, and tribal governments to eliminate all of their legal barriers to civil marriage between two persons of the same sex who are otherwise eligible to marry.”

“In a resolution adopted less than one week after a federal judge in San Francisco struck down California’s Proposition 8 as unconstitutional, the group acknowledges that same-sex couples “are only seeking to participate in an equal basis in a foundational institution of our civil life,” former ABA president Tommy Wells told the organization’s house of delegates. “They simply want to share in the legal blessings that we give to married couples. It can only strengthen marriage.”

It’s slipping through your fat little fingers Maggie Gallagher.  (And lets not leave out The Mormon and Catholic Church.)

Face it bitch.  THIS is your Waterloo.

How wonderfully gay is ‘Hannibal’?