Over 300,000 people live in Albany, NY and only about 40 of them showed up for the well publicized (among bible thumpers, bigots and assholes that is) “Summer For Marriage Tour 2010: “One Man One Woman” aka “GAY HATEAPOLOOZA Tour”

The extremely awesome Jeremy over at As Good As You  is also reporting that NOM’s President Bryan (Drama Queen) Brown is “twating” that an “intollerant and hateful” driver cut them off and gave them the finger on the NY State Throughway where we all know NY drivers are as polite asd can be and observe every traffic law especially when stuck behind a slow moving RV.

Jeremy has also uncovered that not only are those photos of the smiling happy family that are painted on NOM’s hatemobile’s side actors from stock photos!

This isn’t the only RV-based victimization game NOM is playing. While parked in Atlantic City, NJ, NOM strategist and bus driver Louis “gays want pedophilia, polygamy, and prostitution” Marinelli, claims that someone slashed one of their stock-photo-collection-on-wheels’ tires. So NOM is again, without ANY EVIDENCE, going ahead and claiming it to be an act of gay intolerance. And even more egregiously: They have turned the whole thing into a fundraising pitch!

Wander on over to “Good As You” to check out how NOM needs money to replace a tire but has the money for commercials, tours, and putting our rights to refferendum. 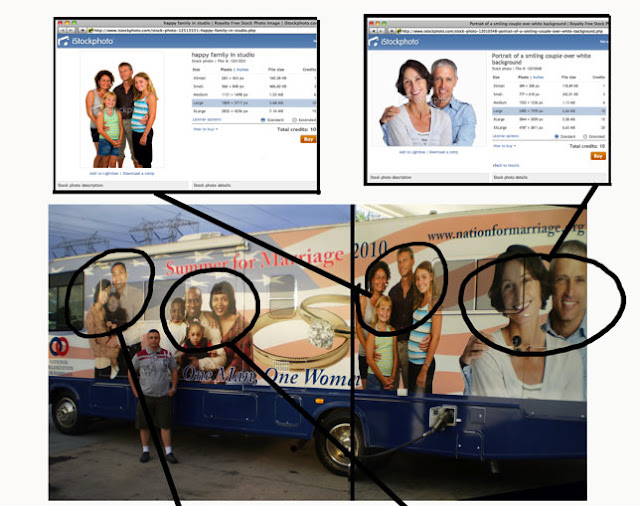 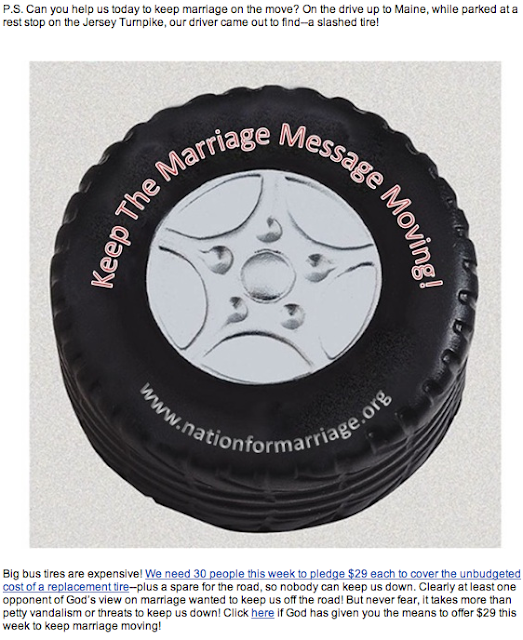