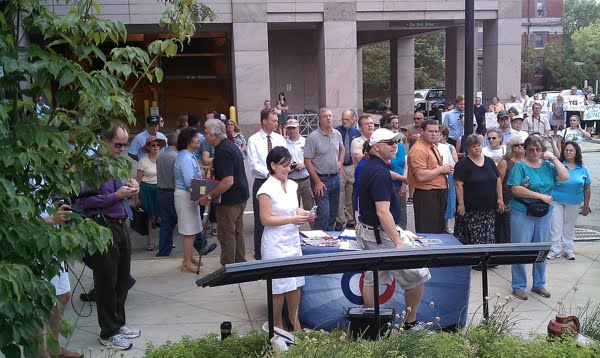 The NOM Gay Hate Marriage Tour pulled itnto its second stop, (after gassing up at BP.  For shame!) of Manchester, NH where it was greeted by a cheering crouwd of about……27 PEOPLE!   So far two days into the Hate Tour and pro-gay counter-protesters have outnumbered the NON-bies by 5-1 or more.

This *cough* HUGE showing is after local, national, mainstream (TV and print), and blogger news reports; social media outreach,  church bulletins and  many e-spams to their own lists have been publicized and pushed weeks in advance.

NOM President Brian Brown  could not be reached for comment.  (There are no phones in the bushes at the I-90 rest stop) 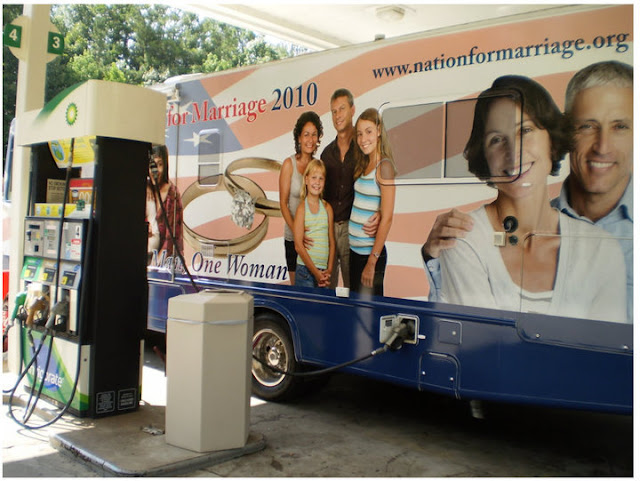 Gay History – May 7, 1365: 15-Year-Old Giovanni di Giovanni Tortured and Killed for the Crime of Sodomy in Italy

1 thought on “The National Organization for Marriage’s Hate Tour Pull’s Em In By The Handful!”