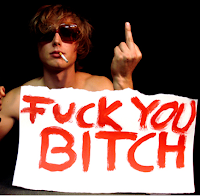 Hawaii’s (Republican) Govenor Linda Lingle has vetoed Hawaii’s Civil Union Bill stating that she  is “comfortable” with her decision. She wants the people of Hawaii to vote on the civil rights of the state’s gay citizens. She said she did her very best to reach a “reasoned decision.”

During Q & A, Lingle said that she gave her decision “the dignity it deserves.” but she hopes it doesn’t define her. (Too late there bitch!)

Lingle is one nasty piece of homophobic republican work.  Allowing the people to vote on whether or not gays should have the right to marry is the typical cop out and excuse they all use.. If they’d left it up to “the people” back in the 60’s, down here in the white trash south, the african americans would still be sitting at the back of the bus. But apparently it’s still perfectly alright to screw over the gay community.

Hawaii should be boycotted immediately and totally.  Remember The Aloha State has been a battleground in the gay rights movement since the early 1990s. A 1993 Hawaii Supreme Court ruling nearly made Hawaii the first state to legalize same-sex marriage before voters overwhelmingly approved the nation’s first “defense of marriage” constitutional amendment in 1998.

And for those of you who say it was Lingle not the people of Hawaii thats total bullshit.  Who voted for her to begin with?  You have to hit them where it hurts, and that is in their wallets. Stop as much tourism as possible to the islands. Be assured that once yourism takes a hit and business suffers and they begin to exert pressure how easily a new civil unions bill or even a gay marriage bill will fly through Hawaii’s House and be signed by the Govenor.

I hear the Dutch Antilles in the Caribbean is a perfect alternative for Hawaii.