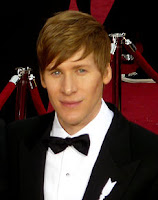 Variety is reporting that Dustin Lance Black has been signed to write the screenplay for 20th Century Fox’s film about infamous 18-year-old outlaw Colton Harris-Moore, a.k.a. the Barefoot Bandit,

The film will be based on a book proposal, “Taking Flight: The Hunt for a Young Outlaw,” by Bob Friel, who profiled Harris-Moore in the January edition of adventure magazine Outside  Harris-Moore has committed scores of crimes, mostly in the Pacific Northwest and Canada, including allegedly stealing at least five small aircraft, a boat and two cars, as well as burglarizing at least 100 homes, and also teaching himself to fly via XBox, and whose ability to escape the police and survive in the woods has earned him folk-hero status.

If it ever survies the holywood process and lance does indeed pen the script it shouild be an awsome film.

Too bad Colton was 6 foot 5′.  Would have been a great part for Joesph Gordon-Levitt

Found On Liberty Counsel Lawyer Matt Barber’s Website: What Happened In Orlando Was The Gays Own Fault.