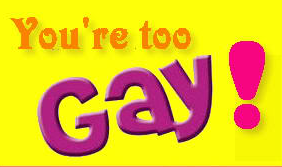 *  So who on the Supreme Court today was the  most vocal Supreme Court objector to keeping private the names of those who signed petitions in Referendum 71?  Justice Antonin Scalia!

Justice Antonin Scalia, using history, sarcasm and political taunts, laid down a barrage of objections Wednesday to a plea that the Supreme Court create a new constitutional right of anonymity for individuals who sign petitions to get policy measures onto election ballots. When he was finished, the strong impression was that it might be exceedingly hard to gather a five-vote majority to establish such a right, even though the plea got the fervent support of Justice Samuel A. Alito, Jr.
Declaring that the rough-and-tumble of democracy is not for the faint-hearted, what Scalia referred to as the “touchy, feely” sensitivity of some political activists, the Justice said “you can’t run a democracy” with political activity behind a First Amendment shroud. “You are asking us to enter into a whole new field,” Scalia told James Bopp Jr., the lawyer for Washington State signers of an anti-gay rights petition. Politics, the Justice went on, “takes a certain amount of civic courage. The First Amendment does not protect you from civic discourse — or even from nasty phone calls.”

Well fuck me with a chainsaw.  Thats a SHOCK! 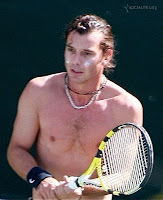 * Today B2S reported on a cuntified quote from Evan Lysacek about Johnny Weir not being asked to participate in Stars on Ice.
Johnny believes that everybody made a big deal out of him not participating because he was the Miss Congeniality of the Olympics. Johnny then called Evan a “slore.”

Hmmmm. Is Evan a slore? Before we answer that, let’s brush up on the official meaning of “slore” from the most accurate dictionary in the world: Urban Dictionary. According to UD, this one of the definitions of “slore”:

The combining of a “slut” and “Whore”. Usually in terms of a real trick ass bitch.

Well he’s got you nailed Evan!  Now if only these two would rent a room already and nail each other so they’d both calm down.

*  WATCH as the University of Oregon’s all-male acapella group On the Rocks covers Lady Gaga’s “Bad Romance.  Now that IS too gay!  (But in a good gay way!)

Brian Bond and the White House Administration Are "Frustrated" With Us LGBT Bloggers (Right Back At Ya Brian!)