Sports legend Terry Bradsahw got REALLY motivated at one of his this “get motivated” seminars yesterday in in Beaumont, TX when he admited that “one time when he was interviewing Tom Brady, that he just drifted off and thought if I were to ever jump the fence it would be with Tom, he’s such a handsome man” and “how he wouldn’t hesitate, if the opportunity presented itself”.

C’mon Terry throw that closet door all the way open!

Actually if Terry looked like he did in the 70’s it woulod kinda be an interesting Daddy/Boy video.  Bradsahw used to be a big sexy guy. 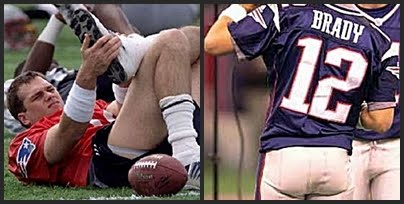