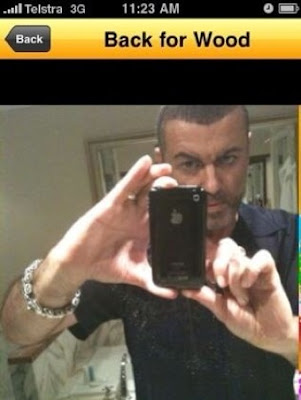 Probably tired of being busted George Michael the pop singer, famous for getting arrested cruising for sex in a public toilet, is now on Grindr, a location-based iPhone app that allows gay men to meet up via their phones. And he’s terrorizing Australia’s gays with it.

On a recent vacation down under, it appears Michael logged on to the service under the profile “Back for Wood” and contacted several men.  Fortunately, since Grindr displays where a user is located, it should be easier than ever to stay out of his way