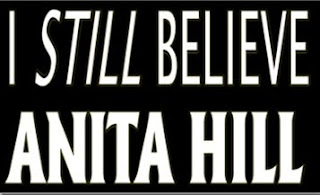 Adam Bonin reports on the dissent from Justice Clarence Thomas on spending disclosure requirements (all the other Justices supported disclosure). The ultra-conservative Thomas included a couple of gay-bashing paragraphs to make his case::

Amici’s examples relate principally to Proposition 8, a state ballot proposition that California voters narrowly passed in the 2008 general election. Proposition 8 amended California’s constitution to provide that “[o]nly marriage between a man and a woman is valid or recognized in California.” Cal. Const., Art. I, §7.5. Any donor who gave more than $100 to any committee supporting or opposing Proposition 8 was required to disclose his full name, street address, occupation, employer’s name (or business name, if self-employed), and the total amount of his contributions. 1 See Cal. Govt. Code Ann. §84211(f) (West 2005). The California Secretary of State was then required to post this information on the Internet….

Some opponents of Proposition 8 compiled this information and created Web sites with maps showing the locations of homes or businesses of Proposition 8 supporters. Many supporters (or their customers) suffered property damage, or threats of physical violence or death, as a result. They cited these incidents in a complaint they filed after the 2008 election, seeking to invalidate California’s mandatory disclosure laws. Supporters recounted being told: “Consider yourself lucky. If I had a gun I would have gunned you down along with each and every other supporter,” or, “we have plans for you and your friends.” Complaint in ProtectMarriage.com—Yes on 8 v. Bowen , Case No. 2:09–cv–00058–MCE–DAD (ED Cal.), ¶31. Proposition 8 opponents also allegedly harassed the measure’s supporters by defacing or damaging their property. Id. , ¶32. Two religious organizations supporting Proposition 8 reportedly received through the mail envelopes containing a white powdery substance. Id. , ¶33.

Those accounts are consistent with media reports describing Proposition 8-related retaliation. The director of the nonprofit California Musical Theater gave $1,000 to support the initiative; he was forced to resign after artists complained to his employer. Lott & Smith, Donor Disclosure Has Its Downsides, Wall Street Journal, Dec. 26, 2008, p. A13. The director of the Los Angeles Film Festival was forced to resign after giving $1,500 because opponents threatened to boycott and picket the next festival. Ibid. And a woman who had managed her popular, family-owned restaurant for 26 years was forced to resign after she gave $100, because “throngs of [angry] protesters” repeatedly arrived at the restaurant and “shout[ed] ‘shame on you’ at customers.” Lopez, Prop. 8 Stance Upends Her Life, Los Angeles Times, Dec. 14, 2008, p. B1. The police even had to “arriv[e] in riot gear one night to quell the angry mob” at the restaurant. Ibid. Some supporters of Proposition 8 engaged in similar tactics; one real estate businessman in San Diego who had donated to a group opposing Proposition 8 “received a letter from the Prop. 8 Executive Committee threatening to publish his company’s name if he didn’t also donate to the ‘Yes on 8’ campaign.” Donor Disclosure, supra, at A13.

So for Thomas is it’s okay if someone takes away your constitutional rights, but if you exercise your remaining constitutional rights and tell them they’re wrong, you’re a very bad person who needs to be stopped by any means necessary. Conservatives like Thomas think that the Constitution only applies to them, and that free speech means they get to speak and you get to shut up. But don’t dare challenge a conservative, don’t dare question their actions, don’t dare respond to their political speech with political speech of your own, because then, well, then the Supreme Court needs to weigh in and stop you. Because any time you challenge a conservative, you’re being intolerant of their intolerance.

So a BIG Saturday FUCK YOU to Clarence Thomas.) Oh and by the way douchebag we DO remember Anita Hill)

WOOF! – What With Earthquakes, Hurricanes, and Bachmann’s We Need A Bit Of Ben Cohen Right About Now