Bible thumping, gay hating, cash strapped Focus on the Family after laying off more than 275 employees over the last year has somehow has managed to buy a 30 second commercial spot which costs about 2.5 MILLION dollars during next month’s Super Bowl.  University of Florida quarterback Tim Tebow and his mother will shill for the hate group. Tebow is known for placing Bible verses into the black stripes under his eyes during games. (He’s home schooled!) It’s expected that the Tebows will give a personal message against abortion in the ad.

A spokesthing for FOTF claims the money is coming from ad-specific donations, not the general fund.

You know TRUE CHRISTIANS would have used that money to help the suffering masses in Haiti. 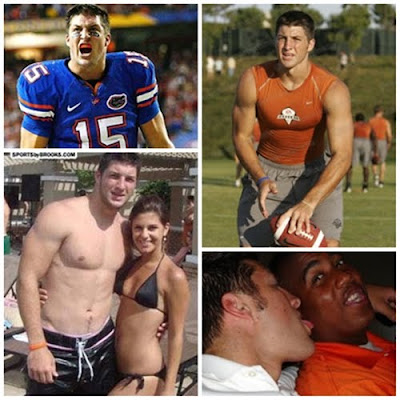 Adorkable Russell Tovey of "Being Human" Has Joined Twitter And Posts A Shirtless Pic To Boot!