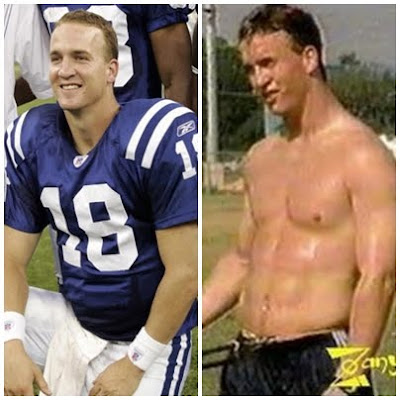 Indianapolis Colts quarterback Peyton Manning won a record fourth NFL MVP award in a landslide. When the news was posted on Pro Football Talk, there were the predictable comments praising Manning or decrying the choice.

But one comment really stood out— Manning was chosen because he’s gay:

……..this is crap and not only that is there is a very good chance the NFL is rigging awards towards someone who might be a homosexual! and I sure as hell don’t want a gay role model for my children, nothing wrong with gays but I sure as heck ain;t want no gay children running around my hood popping bones when taking snaps…….

Does this guy know something that we don’t?

If not we can always dream.

But Peyton he would be a great catch for some nice young man and a great addition to our team.

PLAYGIRL Magazine to Relaunch Next Week After Years Absence.

RNC Attendee Throws Nuts At Black CNN Camerawoman: ‘This Is How We Feed Animals!’ – CNN Confirms

1 thought on “Peyton Manning Gay? Probably Not But A Can Can Dream.”