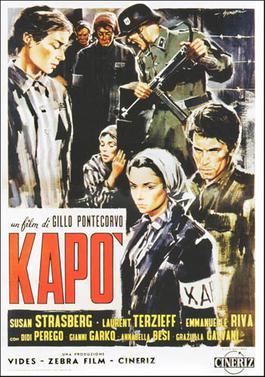 “My experience at the Trump rally in San Jose. Protesters = they are criminals, otherwise known as Democrats,” Juan said. “Got jumped last night as we exited the rally. Really? For practicing my right to support the next Commander in Chief?? Law enforcement failed last night in San Jose. Failed. Thanks for a broken nose, uncontrollable bleeding, and a bash to the head Democrats. You sure are doing your party proud.”

Log Cabin Republicans is glad Juan is safe now and recovering — and we salute him for his bravery and courage!

I wonder if Ms. Hernandez is a friend of Ms. Taylor Garrett: The Gay Quisling Who Cried Wolf.  Many times.

Now I understand that the talent pool is severely limited when it comes to HomoCON’s, but just when you think that the Log Cabin Republicans can’t get any worse after their endorsement of Mitt Romney for President now that the LCR executive director R. Clarke Cooper will be stepping down they will be replacing him with Gregory T. Angelo, who announced his support for Newt Gingrich’s presidential bid just weeks after Gingrich signed the National Organization for Marriages ‘s hate pledge to destroy LGBT rights on the federal level.

According to Joe Jervis over at the award winning newblog Joe My God who  references this 2011 interview “Angelo appears to be the typical homocon who proclaims his Christianity and denounces gay pride parades.  Because, you know, he’s butch. Or something.”

Most of the other gay Republicans Greg knows, he says, are not fans of the pride parade. They’re not wearing their sexuality on their sleeve, he says. Many are partnered. A lot are business owners. “The bottom line is many just want to live their lives in quiet dignity. Their rights are important to them and achieving equal rights is important to them but the way to do it isn’t really to go out and bang a drum and make a lot of noise. It’s more so to make a difference within the party and to sit down with fellow Republicans and sit down with their partners, sit down with the foster children they’re taking care of, sit down and explain that they’re a business owner who is also not happy with the MTA payroll tax in New York and make the case that we are normal,” he says. Greg has met with people who think all gay men are hairdressers or fashion designers.

“Business owner” of course is a  Republican code word for “anarcho-capitalistic, exploiting, dumb fuck who thinks his employees are slaves”

LCR-ers and GOProud-ers have: no shame, no self-esteem, no decency, no sense of irony, but
have all the self-loathing hate that money can buy!!!

Any self-respecting LGBT individual or LGBT organization wouldn’t be caught within 10 feet of them.

” The Log Cabin Republicans are good people doing good work. We need all fair-minded Americans to rally to the side of equality, and that most definitely includes Republicans. They provide a voice within the Republican Party that’s important.”

I rest my case.

Where do gay Republicans go after a long day of creating jobs, investing in China and diva-ing out to Carrie Underwood? (Other than crawling back under their rocks, that is) They go to The Log Jam, Chicago’s premiere gay conservative bar.

The Log Jam follows three lonely heart HomoCONS as they search for reasonable, fiscally responsible same-sex romance. Arnold is an unemployed former Blackwater contractor looking for Mr. Hard Right. Betsy is an investment banker/power lesbian hell-bent on getting the GOP to eventually come around to recognizing her choice of lovers. Phil is a powerful CEO with a passion for Family Values at odds with his lust for exotic fetish play. All meet at The Log Jam where their bartender, the radiant Nancy Reagan, serves stiff drinks like the Bloody Mary Cheney and blunt advice on love and life.

I wonder if Episode 2 has to do with faking a hate crime?

AFA hatemonger and moron Bryan J Fischer, is demanding that GOP Presidential Mormon moron Mitt Romney explain why the HomoCON morons, The Log Cabin Republicans endorsed him and is hoping that it has nothing to do with LGBT equality in any way shape or form.

Ben Adler of the Nation called me at quitting time today. Said he had been given assurances by Log Cabin Republicans that Romney’s camp has privately promised them he will support ENDA after he’s elected. ENDA will be the official end of religious liberty in America. Will trample on the 1st Amendment rights of every Christian businessmen in the country.  No freedom of religion, conscience or association. Will do to every Christian business what ObamaCare has done to Catholic hospitals. Would be wrong and politically disastrous for Romney to support. What we need is a flat emphatic, unambiguous denial from Romney himself. Please clarify for us all, Governor.  Bottom line: we need a clear, unambiguous, no loophole denial from Gov. Romney that he will support ENDA as president.”

Well of course Fischer has no need to worry Buzzfeed  spoke to Log Cabin head HomoCON douchebag  R. Clarke Cooper, who is denied all claims that his group agreed to endorse Mitt Romney in return for a promise to support the passage of the Employment Non-Discrimination Act (ENDA)  (SPOILER: They did it because they are bootlicking, asskissing, greedy Auntie Tom Kapo bastard who don’t give a shit about the gay community and equality and wanted to curry favor from the GOP party which hates them.)

Cooper acknowledged that he “discussed legislative vehicles and executive actions with Romney regarding workplace non-discrimination, including ENDA.” But he insisted the endorsement did not come in response to a Romney campaign pledge to sign ENDA — noting, “I did not say Romney would sign the current form of ENDA.” He added that Log Cabin is “confident we could work with a President Romney and his administration to achieve desirable tangible outcomes on workplace nondiscrimination.” ENDA is legislation that has been introduced in this and several recent sessions of Congress aimed at specifically outlawing workplace discrimination based on sexual orientation or gender identity.

So essentially what Cooper is saying is that they endorsed Romney, a candidate who doesn’t support gay rights in any way, shape or form, because of other factors not associated with gay rights. And they were begging for crumbs to justify the endorsement and came back empty-handed and endorsed him anyway.

In a nutshell Cooper and the LCR could have withheld the endorsement for Romney like they previously did Bush.  They weighed their options and made a calculated decision n to curry favor from the GOP knowing full well that they would not suffer any ramifications from the LGBT Washington Insiders and Organizations other than some bitchy blog posts. (Thats me!)

Considering that Romney and Ryan have kowtowed to the extreme religious right in this election more than Bush ever did, what LCR did yesterday with their endorsement of Romney while not wholly unexpected should be viewed as a slap in the face to the LGBT community and our fight for equality as a whole. And if nothing else LGBT organizations should turn their backs on them and treat them the same as GOProud.

Today’s endorsement shows that Log Cabin Republicans are a right-wing conservative organization that happens to have gay staff, rather than an organization dedicated to LGBT equality that supports conservative principles. When one reviews the horribly anti-equality record of Gov. Romney, it pales in comparison to the record of President George W. Bush, whom the Log Cabin Republicans wisely declined to endorse for re-election. Clearly the Log Cabin Republicans were put back in their place by the Republican establishment after that episode, or they never would have seen fit to endorse a candidate who opposes nearly every single item on the agenda for full LGBT equality over a President who is arguably the most pro-equality President in our history.”

Video released this morning from Mitt Gets Worse

The HomoCONs at the Log Cabin Republicans have been smacked in the face with some harsh realities this past week at the Republican National Convention and not that their dreams have been dashed, Log Cabin leaders are lashing out at  the GOP for its completely unsurprising bigotry. “The platform is ugly and  harmful,” the group’s director of programs, Casey Pick, told NPR.

Pick also says that social conservatives’ tenacious commitment to  discrimination was only bolstered by her and her colleagues’ involvement. “We  lost,” Pick said. “And you could say the social conservatives in our party  dropped the hammer harder because we were there.”

But what won’t be a surprise is that the LCR will probably NOT endorse Barack Obama for President and perhaps might still endorse Mitt Romney and all of its members will probably still vote a “straight” Republican ticket in November.