Can you imagine if homosexual relationships were the majority and being heterosexual was “abnormal”, “immoral” and “wrong”? Where kids that discover they aren’t quite like their peers are shunned and bullied because they are attracted to people of the opposite sex? Sounds implausible, right? Almost laughable.

But a new film, entitled ‘Love is all you need?’, has portrayed what this world would be like. Taking real life events and simply exchanging homo- for hetero-phobia, creator and director K. Rocco Shields exposes just how victimised young people can be when discovering their own sexuality. Undoubtedly, the film will cause uneasiness amongst many viewers, but that is exactly what Shields is trying to achieve – a slight insight into the lives of those who face homophobia; those who are told their love is wrong; those that are told they are subhuman.

Not only is it excellent shot (and the young female lead, Lexi DiBenedetto, does a sterling job), but this film poses numerous questions for both the hetero and homosexual audiences:

According to Huffington post, the film has already won 19 film festival awards, and WingSpan Pictures is currently seeking financing of the feature-length version of the movie, which is reportedly set to star “Twilight” hunk Kellan Lutz. If that is a success, this film could really hit the main stage and hopefully have a drastic impact on combating bullying and preventing sexuality-related suicide.

Photo from the upcoming film Immortals, which is in theaters November 11

Like Loading...
In the perfect gay world the title would read: Kellan Lutz Works Out and Shoots! 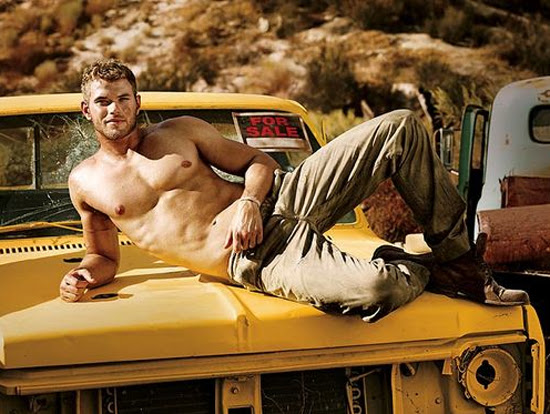