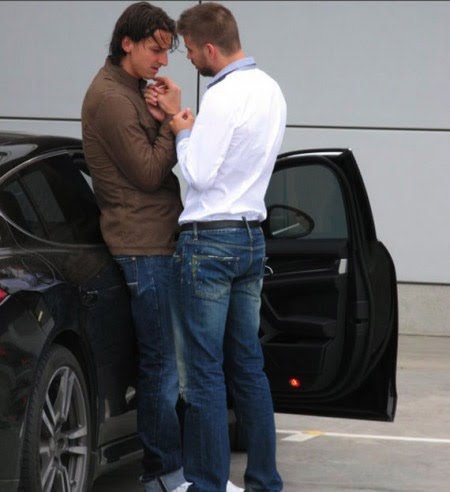 Today, according to the sports blog DailyTackle, a female reporter out right asked Ibrahimovic in person if he was gay. The footballer responded to her question quite bluntly: He told her: “Come to my house with your sister and see if I’m queer.”

This is going to haunt him years down the road when he comes out or the Ibrahimovic/Pique Sex tape hits the market.