San Francisco police detained a motorcyclist who they said drove his bike at a group of protesters demonstrating against the federal health care bill in an apparent attempt to hit them, according to witnesses as well as photographs and videos from the scene.

The red 2015 BMW motorcycle captured in photographs is registered to San Francisco resident Jeffrey Dillon, according to the California Department of Motor Vehicles. On social media, Dillon is seen posing with the bike and is the administrator of a Facebook group called the “White Privilege Club.”

“This isn’t a racist site/group, it is the exact opposite. It is a celebration of our culture and who we are,” Dillon posted on the group page. “I am proud of who I am and my people,” he wrote. “The media and these social justice warriors are going to try to shame us with the words ‘white privilege,’ well we will throw it right back at them and wear it as a badge of honor.” – The San Francisco Chronicle 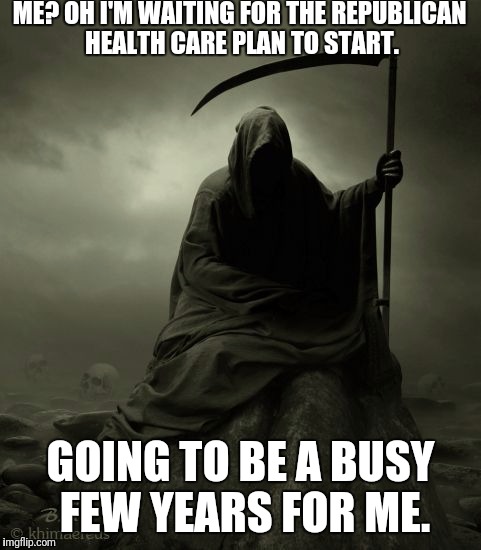 Sen. Tom Cotton (R-AR) on Sunday called on “able-bodied” poor people to be removed from Medicaid. CNN host Jake Tapper noted during an interview on State of the Union that Republican governors had criticized House Speaker Paul Ryan’s (R-WI) plan to repeal Obamacare because it would reduce funds for Medicaid, leaving millions without medical coverage.

Cotton declared that many people on Medicaid should be purchasing their own insurance instead. “Medicaid is a welfare program,” he said. “It’s primarily designed for the indigent, elderly, the disabled, the blind and children.” “It’s not designed for able-bodied adults,” Cotton continued. “We want to get those people off of Medicaid, into a job and into market-based insurance.”

Able-bodied congressman don’t deserve marked down health insurance either, they earn enough money in their grossly inflated salaries to pay for it themselves.

Medically necessary “transgender” procedures will be covered under the City of Cincinnati’s health insurance starting next year.

The reason: To help Cincinnati lure businesses and citizens.

“Since I’ve been here I’ve worked to make this city as competitive and inclusive as possible,” said Cincinnati City Councilman Chris Seelbach, the city’s first openly gay councilman. “This is a another step in that direction.”

Seelbach led a council majority in signing a letter urging the change.

Cincinnati would be the first city in Ohio to offer transgender procedures in its health benefits, according to a statewide advocacy group.

“For Cincinnati to cover their trans employees – because there are trans employees who work there – is great,” Morgan said. “Hopefully cities elsewhere in Ohio will follow that.”

In recent years city officials have worked to include and embrace the LGBT community – a transformation recently noted on National Public Radio’s website. In June, the city began offering a domestic partner registry, paving the way for more companies to offer benefits to gay couples.

And in recent years the city started offering same-sex benefits to all city employees; the police department, fire department and mayor’s office all have liaison officers to the LGBT community.

Council last year passed regulations requiring anyone who contracts with the city to agree in writing to an inclusive nondiscrimination policy. And, the city’s hate crimes law that included race and gender was expanded to include sexual orientation and gender identity.

Including transgender procedures should give Cincinnati a score of 100 on the Human Rights Campaign Municipal Equality Index, making Cincinnati one of the most lesbian, gay, bisexual and transgender-friendly cities in the country.

“It is important that we provide necessary medical benefits to all of our employees,” Stiles said. “This positions us well for progress and keeps the City competitive as an employer.”

As interim city manager, Stile made the decision, alerting Anthem Blue Cross and Blue Shield of the change Aug. 22.

In May, the U.S. Department of Health and Human Services lifted its ban on funding medically necessary procedures for people who don’t identify with their biological sex.

Cincinnati joins cities such as San Francisco, Seattle, Berkeley and Portland in offering transgender procedures. For the surgery to be “medically necessary” a professional mental health counselor would have to sign off on it.

In a recent 60 Minutes interview, Mitt Romney when asked about his idea for health care reform and what he would do to help people who don’t currently have health insurance. Romney’s response was that people who don’t have insurance can just go to the Emergency Room.

Romney was asked again about health care while being interviewed by the Columbus Dispatch and Romney once again echoed his callous 60 Minutes remarks.

This shows exactly how out of touch Mittens is to everyday Americans and how much he just doesn’t give a damn.

A recent  study by Families USA notes that over 25,000 people died in 2010 because of a lack of health insurance, and additional reports show that number being closer to 50,000.

A trip to the E.R. is the most expensive way to get health care and is a last ditch effort and if the hospital doesn’t get payment they raise their prices and pass along the cost to insurance companies who in turn hike premiums more than needed and make even MORE money.

Access to health care  and preventive medicines stop people from getting to the point of no choice of the ER to save their lives.  Preventive medicine keeps costs down.  Which is NOT good for Mittens buddies in the Insurance business.  Get the picture?

If Mitt Romney’s big health care answer is to go to the E.R. and just work harder, so his big business insurance friends can make more money off of the  millions of Americans sho will be left out in the dust,  possibly spending their last moments in that very apartment Mitt Romney was talking about if he is elected.  Then seriously Mitt Romney is evil and must be stopped.

Comedian and pundit John Fuglesang of GRIT.tv lays it all out on the table on why Republicans SHOULD embrace Health Care Reform and the Public Option.

The state was prevented from taking benefits away from gay couples because of the new federal health care law and a court ruling forcing the state to continue covering those groups, leaving opposite-sex partners the only class impacted by the cuts.

While “Death Panel” Brewer was on record saying that the cuts were a way to help balance Arizona’s budget.  But other AZ lawmakers onviously had other reasons in mind.

“It’s my belief that the state should not sanction heterosexual or homosexual relationships out of marriage,” said Rep. John Kavanagh, R-Fountain Hills. “It’s morally wrong, costly to the state and prone to abuse.”

The state provides insurance to employees, their children and their wives or husbands. “If you’re not in one of those categories, then you shouldn’t get the state benefit,” Kavanagh said