Tom Villard was an up and coming Hollywood star. He was featured in situation comedies, episodic TV series, and had leading roles in lower and mid-range budgeted features. At the peak of his career Villard was given featured supporting roles in big-budget studio fare, such as Clint Eastwood’s Heartbreak Ridge, and My Girl (with Dan Aykroyd and Jamie Lee Curtis). .

But then fate dealt him a most unkind blow, he contracted AIDS and with it the onset of Kaposi Sarcom and developing lesions on his face and at the end of his nose. In Hollywood the most superficial of cities, in an industry that celebrates style over substance, a place where plastic surgery is required to be “beautiful” Villard, rather than hiding away and changing his name and living out the rest of his years anonymously, took his struggle to the public.

Tom Villard became one of the few actors in Hollywood in the early 1990s who chose to be open about his homosexuality, and the challenge of living with HIV and AIDS. In February 1994, Villard made an unprecedented appearance on Entertainment Tonight, acknowledging to “…more than 13 million viewers that he was gay, that he had AIDS, and that he needed some help.”

“I felt like I could do something by saying that I am not a feces-eating-pederast-sex-crazed somebody who has invoked God’s wrath. It turned everything upside down on its ear.” – Tom Villard

According to a POZ magazine profile in December of that year Villard said, “An awful lot of people suddenly wouldn’t let me in the door for auditions. I started speaking a couple of months ago about living with AIDS and having hope,” he said. “It feels a little more useful than things (I’ve done) in the past.” He went on to explain that since his appearance on E.T., a whole other group of people had come forward to welcome him. Bill Melamed, Villard’s manager added: “ “I am particularly proud of him. The reality is, acting is a lousy business. There wasn’t a choice here whether he could have hidden it. Plenty of people have KS, but it’s on their feet. He made a decision that was courageous in any walk of life, but it doesn’t surprise me. He has one of the most open spirits.”.

One of his final roles was playing a Bajoran monk on Star Trek: Deep Space Nine

On November 14, 1994, Tom Villard died at the age of 40 of AIDS related pneumonia  He was survived by his parents, Ron and Diane Villard, twin brothers Timothy and Terry, sister Susan, and his partner Scott Chambliss.

As a tribute to him, a non-profit foundation was created by his partner Chambliss, close friend Karen Kaye, and his friend and chiropractor Cheryl Revkin. The Tom Villard Foundation was a Silver Lake community-based effort which engaged local businesses to provide free goods and services for community members living with AIDS. The beneficiaries were the client base of the former Silver Lake AIDS support organization, Being Alive. The Tom Villard Foundation no longer exists. Being Alive is now headquartered in West Hollywood

Tom Villard’s bravery and courage during those dark days as he faced unbeatable odds makes him a true hero.

Below: Tom Villard on the 1980’s game show Body lanuage 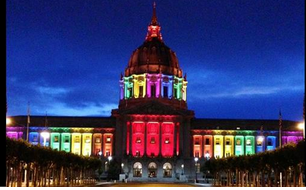 HATERS PWNED! – SCOTUS Rejects Bid to Stop Gay Marriage in California – ITS OVER! 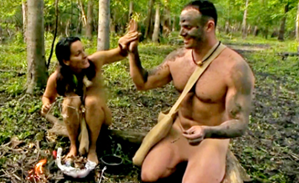 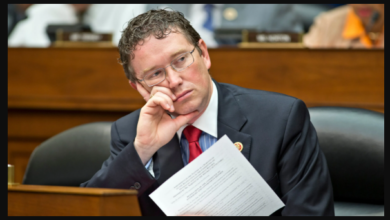