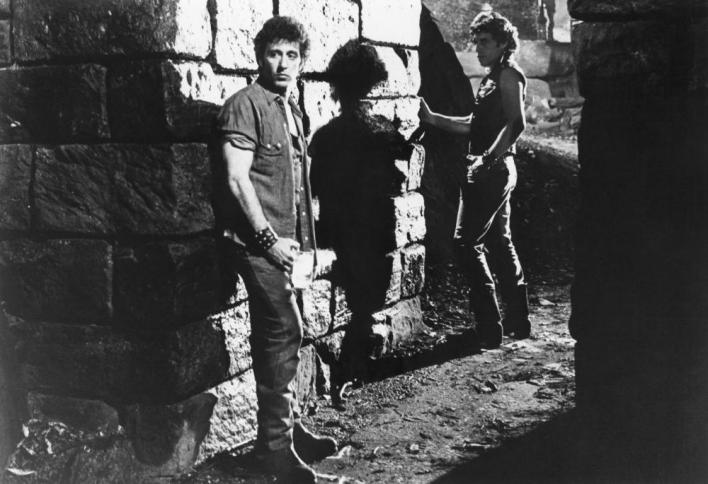 1889:  Jean Cocteau, French poet, novelist, dramatist, designer, playwright, artist avant-garde French artist, is born in Maisoms-Lafitte, France.  Cocteau is best known for his novel Les Enfants terribles (1929), and the films Blood of a Poet (1930), Les Parents terribles (1948), Beauty and the Beast (1946) and Orpheus (1949).  His lover of many years was actor, Jean Marais.

1978:  A gang of anti-gay youth, went storming through The Rambles area of Central Park in New York City with baseball bats, bashing any men they thought were gay that came across their path. By the end of the night five men were hospitalized with serious injuries including Dick Button, former Olympic ice-skating star and sportscaster.

For many years a section of the west side 30-acre section of Central Park known as The Rambles was notorious for being a meeting and sex playground for gay men after dark.

From The New Yorker:

The nighttime sex scene in the Ramble is conducted in silence, lest the voice dissipate the mutual fantasy evoked by the look, the pose, the costume, the attitude. Body language is the only language needed for success here. Some night people prefer a particular quiet corner, for one-on-one encounters. Others gravitate toward the Tunnel, that part of the Bridle Path which runs under the 77th Street overpass. The Tunnel is the most active group-sex scene in that area of the park. Some nights it will be crowded wall to wall with men until four in the morning. Some nights, too, the cops decide to come full speed down the Bridle Path in their squad cars covered with hgv insurance, headlights and spotlights blazing, barely giving those  in a close encounters time to pick up their pants and run—before being run over. “For their own protection,” say the cops.

In the wake of the most recent gay beatings, there was much bitterness voiced against the police by gays—and straights—who frequent the Ramble. “They said only five gays were attacked, and that’s bullshit,” said Don, a young, straight doctor with a large gay practice in the neighborhood. “I’ve already heard about three other guys—one of them came to me—who were beaten by that same bunch. But at least they could walk.” Why don’t they go to the cops? “For what?” snorts Dr. Don. “If it happened on Central Park West, okay. The guys at the 20th Precinct are pretty good. But the cops in the park have seldom given gays anything but harassment. Go to them and you, the victim, are made to feel like a criminal.“

Dick Button to this day has never come out .

1980:  The National Convention of the Liberal Party, one of Canada’s large mainstream political parties, adopts resolution to include sexual orientation in Canadian Human Right Act.

1987:  James Donovan, a New York state senator, suggested that giving teens rosary beads would prevent the spread of AIDS more effectively than the distribution of condoms.

1996: The New Zealand Presbyterian Church rules that lesbian and gay people may not be licensed or ordained as elders or ministers or put in positions of leadership. The decision is also referred back to churches for a decision in two years.

1999:  21-year-old American soldier Pfc. Barry Winchell is bludgeoned to death while sleeping on his cot in Fort Campbell, Kentucky, by a fellow solider who thought he was gay.

The harassment was continuous until the Fourth of July weekend, when Winchell and fellow soldier, Calvin Glover, fought after Winchell accused a boasting Glover of being a fraud. Both were drinking beer throughout the day. Glover was soundly defeated by Winchell, after being taunted about being beaten by “‘a fucking faggot’ Glover took a baseball bat from a  locker and struck Winchell in the head with it as he slept on a cot outside near the entry to the room Winchell shared with Fisher. Winchell died of massive head injuries on July 6 at the Vanderbilt University Medical Center.

Glover was later convicted of Winchell’s murder and is serving a life sentence in a military prison.

The top military officers at Fort Campbell who were aware of the harassment were cleared of any wrongdoing.

2007:  George Melly, British bisexual jazz singer, music critic, author, anarchist, lush, and raconteur, dies in London, England, of lung cancer at age 80. He was also an art lecturer specializing in surrealism, a Distinguished Supporter of the British Humanist Association, and widely noted for his loud suits, louder ties and the image he cultivated of a hard-drinking throwback to the jazz age