Comedian Paul Lynde is born. He was best known for his roles as Uncle Arthur on Bewitched and Harry MacAfee, the befuddled father in Bye Bye Birdie both on Broadway and in the hit movie version. His quick gay wit and sarcasm made him a television star unlike no other.

Lynn born in Mt. Vernon, Ohio.  Despite his initial efforts to be taken seriously as an actor, Lynde realized early on that his exaggerated vocal inflections and stinging way of delivering a line got him easy laughs, so he accepted comedy as his future and made his Broadway debut in the hit revue New Faces of 1952 in which he co-starred with fellow newcomers Eartha Kitt, Robert Clary, Alice Ghostley, and Carol Lawrence. His monologue from that revue, the “Trip of the Month Club,”, Lynde portrayed a man on crutches recounting his misadventures on the African safari he took with his late wife. The show was filmed and released as New Faces in 1954.

After the revue’s run, Lynde co-starred in the short-lived 1956 sitcom Stanley opposite Buddy Hackett and Carol Burnett, both of whom were also starting their careers in show business.

Lynde returned to Broadway in 1960 when he was cast as Harry MacAfee, the father in Bye Bye Birdie. he was a huge hit and re-created the role when the musical was turned into a movie starring Ann Margeret.

Lynde was in great demand in the 1960s. During the 1961-62 television season he was a regular on NBC’s The Perry Como Show as part of the Kraft Music Hall players with Don Adams, Kaye Ballard and Sandy Stewart. He was a familiar face on many sitcoms, including The Phil Silvers Show, The Patty Duke Show, The Munsters, The Flying Nun, Gidget, I Dream of Jeannie, F Troop, and variety shows such as The Ed Sullivan Show and The Dean Martin Show. He also was featured in a number of 1960s films, including Send Me No Flowers and The Glass Bottom Boat, both starring Doris Day.

Paul Lynde will always be best known sitcom role was on Bewitched, where he made his debut appearance in the first-season episode “Driving Is the Only Way to Fly.” His role as Samantha Stephens’ nervous driving instructor Harold Harold was so well received by viewers, as well as series star Elizabeth Montgomery and her husband, director/producer William Asher, with whom Lynde became good friends. Asher then created the recurring role of Endora’s practical-joking brother Uncle Arthur.

Then 1966, Lynde debuted on the fledgling game show Hollywood Squares and quickly became its iconic guest star. Eventually he assumed a permanent spot as the “center square,” a move which ensured that he would be called upon by contestants at least once in almost every round. Despite an urban legend to the contrary, Paul Lynde remained in the center at the producer’s’ discretion. Many NBC tour guides have claimed that Lynde was afraid of earthquakes and the center square proved to be the safest square of the show’s set. An anecdote related during the A&E Biography on Lynde described an earthquake that occurred during the Hollywood Squares taping that frightened and alarmed many of the guests. Lynde remained in his seat, tapping his fingers, asking if they were going to finish the show.

On Hollywood Squares Lynde was best able to showcase his comedic talents with short, salty one-liners, delivered in his trademark sniggering delivery. Many of these gags were thinly veiled allusions to his homosexuality. Asked, “You’re the world’s most popular fruit. What are you?” Lynde replied, “Humble.”  Asked how many men are on a hockey team, Lynde said, “Oh, about half.” Asked whether it was against the law in Texas to call a Marine a “sissy,” Lynde quipped, “I guess I’ll have to take the law into my own hands.”

Other jokes relied on double entendre, an alleged fondness for deviant behaviors, or dealt with touchy subject matter for 1970s television. Examples include:

Q: “What unusual thing do you do, if you have something called ‘the gift of tongues’?”
Lynde: “I wouldn’t tell the grand jury; why should I tell you?”

Q: “The great writer George Bernard Shaw once wrote, ‘It’s such a wonderful thing, what a crime to waste it on children.’ What is it?”
Lynde: “A whipping.”

Q: “Paul, any good boat enthusiast should know that when a man falls out of your boat and into the water, you should yell ‘Man overboard!’ Now what should you yell if a woman falls overboard?”
Lynde: “Full speed ahead!”

But despite his campy (and obviously gay) television persona, Lynde never publicly came out as being gay and the press generally went along with the deception. In a People magazine article the magazine featured Lynde and Stan Finesmith who was dubbed Lynde’s “suite mate” and “chauffeur-bodyguard.” Lynde also struggled with alcoholism HS host  Peter Marshall and Lyndes longtime friend Kaye Ballard confirmed when inebriated, was quite cruel and would sometimes ridicule his friends.

And then there was his run-ins with the law. He had been arrested a few times for drunk driving and, while under the influence of alcohol

Earlier in In July of 1965, Lynde was involved in an incident in which a “friend”, 24-year-old James “Bing” Davidson, accidentally fell to his death from the window of their hotel room in San Francisco’s Sir Francis Drake Hotel. The two had been drinking for hours and “horsing around”, when Bing slipped and fell eight stories.

In 1977, Lynde was involved in an incident at his alma mater, Northwestern University (NU), when he was the Grand Marshal for homecoming. At a fast food restaurant after the homecoming parade, he made racist remarks and gestures to African-American NU professor James Pitts. Lynde later blamed his behavior on fatigue and alcohol.

But in 1978, though Paul Lynde’s an incident occured that permanently damaged  Paul Lynde’s career after he was arrested for public intoxication outside of The Sun Tavern, a gay bar in Salt Lake City.  As a result he lost his guest starring role on The Donny and Marie Show and acting jobs became harder and harder for him to find, although it is unclear if this was because of anti-gay prejudice or his substance abuse problems and noted erratic behavior which often made him difficult to work with.

Paul Lynde finally became sober and drug free in the early 1980’s, shortly before his death.

Paul Lynde was found dead of a heart attack in his Beverly Hills home by his friend and ex-porn star, male escort, and now turned Private Detective Paul Barresi..  His remains were cremated and are interred at Amity Cemetery, in Amity, Knox County, Ohio with his family. 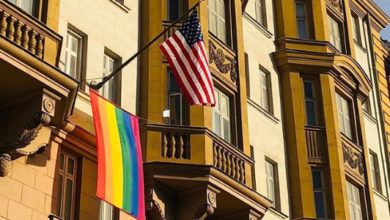 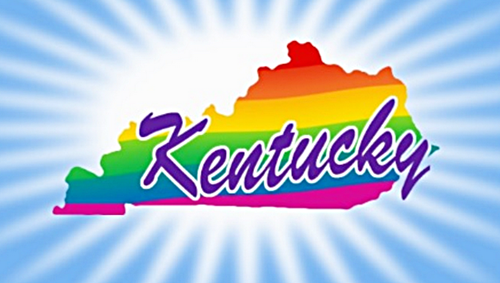 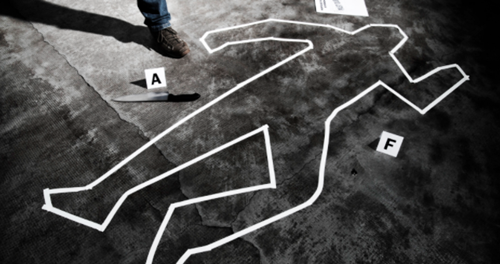 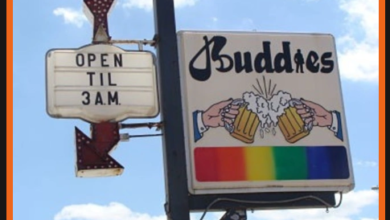