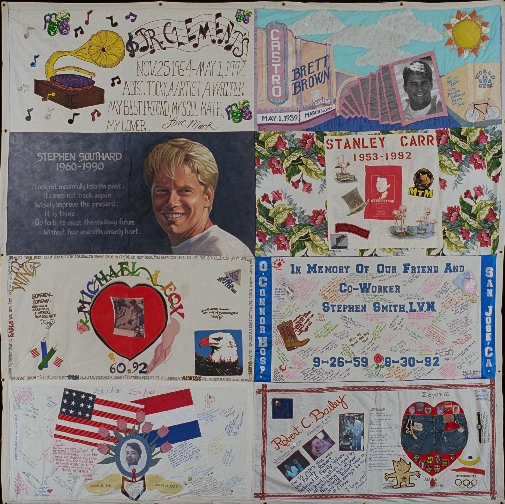 In June of 1987, a small group of strangers gathered in a San Francisco storefront to document the lives they feared history would neglect. Their goal was to create a memorial for those who had died of AIDS, and to thereby help people understand the devastating impact of the disease. This meeting of devoted friends and lovers served as the foundation of the NAMES Project AIDS Memorial Quilt.

The idea for the AIDS Quilt was conceived in November of 1985 by long-time San Francisco gay rights activist Cleve Jones. Jones after learning that over 1,000 San Franciscans had been lost to AIDS. He asked each of his fellow marchers to write on placards the names of friends and loved ones who had died.  Jones and others stood on ladders taping these placards to the walls of the San Francisco Federal Building. The wall of names looked like a patchwork quilt.

Jones and friends made plans for a larger memorial. A little over a year later, he created the first panel for the AIDS Memorial Quilt in memory of his friend Marvin Feldman.  Response to the Quilt was immediate. People in the U.S. cities most affected by AIDS — Atlanta, New York, Los Angeles and San Francisco — sent panels to the San Francisco workshop. Generous donors rapidly supplied sewing machines, equipment and other materials, and many volunteered tirelessly.

The mission of the AIDS Memorial Quilt Archive Project is to preserve the powerful images and stories of our fallen brothers and sisters and expand our AIDS awareness and HIV prevention education efforts.

To date all more than 50,000  hand-crafted 3-by-6 panels commemorating the lives of more than 105,000 people who died of AIDS or related illnesses creating a moving and permanent visual record of the AIDS pandemic.

God bless all our fallen they will be in our hearts and our memories  now and always. 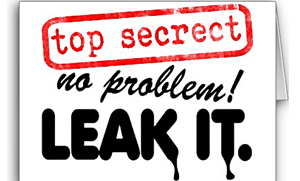 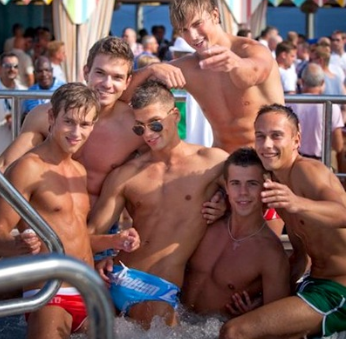 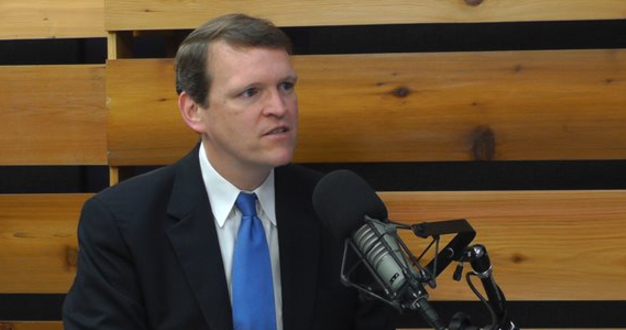 5 thoughts on “World AIDS Day 2020 – Remembering Those We Lost: The AIDS Memorial Quilt”