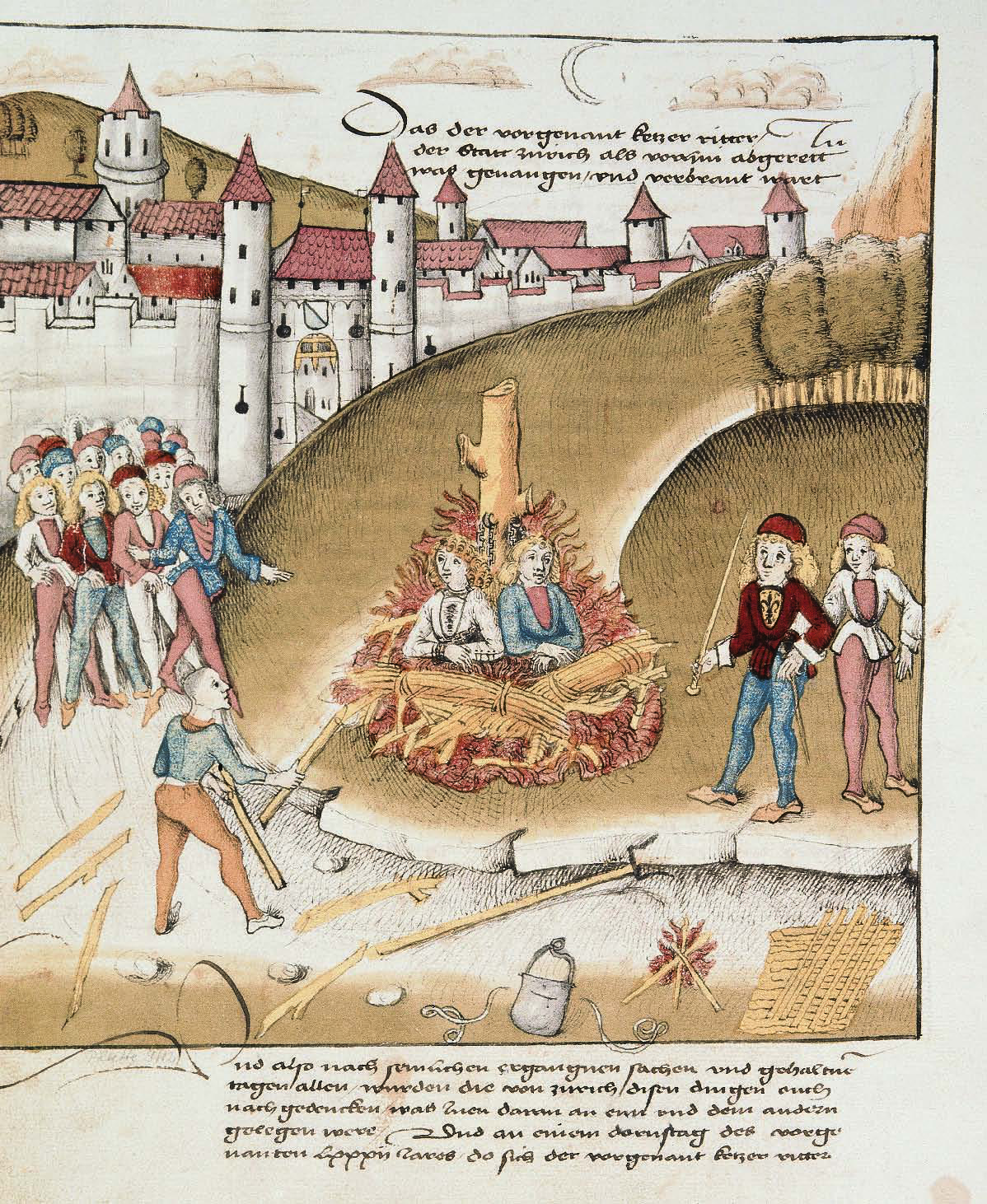 There has been so much in-fighting in the LGBT and especially the Q  community  about “oppression” and “gay white cis-male privilege” that I think its time for brief gay history refresher course. Many have seem to have forgotten that the gay men (and lesbians) have been oppressed, persecuted, tortured and murdered for CENTURIES and still are to this very day far from “equal” or “privileged”.

Starting in the 12th century, homosexuals were tortured, castrated, and burned to death on a regular basis in the Christian Church and Christian-controlled States in Europe.

In the thirteenth century, in areas such as France, homosexual behavior between men resulted in castration on the first offense, dismemberment on the second, and burning on the third. Lesbian behavior was punished with specific dismemberments for the first two offenses and burning on the third as well. By the mid-fourteenth century in many cities of Italy, civil laws against homosexuality were common. If a person was found to have committed sodomy, the city’s government was entitled to confiscate the offender’s property.

In 17th century Malta, there was harsh prejudice and laws towards those who were found guilty or even spoke openly of being involved in same-sex activity. English voyager and author William Lithgow, writing in March 1616, says a Spanish soldier and a Maltese teenage boy were publicly burnt to ashes for confessing to have practiced sodomy together.

In Germany, Paragraph 175 of the German Penal Code was used to arrest, an estimated 100,000 homosexuals between the years of  1933-45. Because the records are incomplete, we will never know exactly how many ended up in the concentration camps  or were forced to submit to castration and “hormonal reversal” experiments (presumably to enable them to become “ex-gays”).

Research by Prof Ruediger Lautmann of the University of Bremen shows that of the non-Jewish camp inmates, homosexuals had the highest death rate (53 percent compared to 40.5 percent for Polish nationalist political prisoners and 34.7 percent for Jehovah’s Witnesses and Gypsies). Three out of four deaths among gay men occurred within the first year of their internment. Some homosexuals were systematically murdered.  Every day at Buchenwald concentration camp, several of the weaker men never returned from the quarry. They were taken aside and shot. For the “entertainment” of the SS guards, and to fulfil liquidation targets, others were given deliberately impossible tasks. Ordered to carry huge rocks, they inevitably collapsed under the immense weight. These men were then marked down for extermination.

Gay prisoners were also subjected to vile medical experiments. At Buchenwald, Nazi doctors claimed to have developed an artificial male sex hormone that would eradicate homosexuality When it was implanted in gay inmates, however, two died and the rest showed no change in sexual orientation. The doctors nevertheless boasted to the SS chief, Heinrich Himmler, that “this implant, known as 3A, is proven to reverse homosexuality to a normal sex drive”. After the war, these medical abuses were never cited at the Nuremburg Trials and none of the Nazi doctors involved was ever prosecuted.

The Nazi crimes against the gay community must never be forgotten

Unlike other groups imprisoned by the Nazis, when the concentration camps were liberated, homosexuals remained prisoners in the camps–by order of the Allies. Their imprisonment remained part of their police record, and they received no compensation for concentration camp sentences. And, as one historian has written: “Throughout the 1950s and l960s, German courts convicted homosexual men at a rate as high as that of the Nazi regime.”

Until 1950, all but two states in America classified same-sex relations as a felony, with only murder, kidnapping and rape commanding heavier sentences.  If a gay man was found out and refused to “conform” he would be ostracized by his family, and shipped off to an insane asylum where many were experimented on and many were lobotomized as “a cure”.

In the 1970’s the Mormon Church’s “Evergreen  re-education program” was exposed as using electro-shock therapy on gay men and lesbian women in a basement on the Brigham Young University campus to try and get them to stop being gay. This torture went on for 15-20 years and was performed on teen and adult men and women.

And this is just a brief overview I could go on and on.  Gay men and lesbians for centuries and to this very day are targeted, beaten, tortured and murdered and victims of hate crimes.

And while some groups feel oppressed within our own community by “gay white males” remember that gay males have been mistreated  and oppressed for centuries.  You are not alone.  But if you keep pushing us away with this hateful rhetoric you might very well find yourself that way one day.

14 thoughts on “Burned at the Stake, Institutionalized, and Sent to Death Camps: A Very Brief History of Gay Persecution and Oppression”