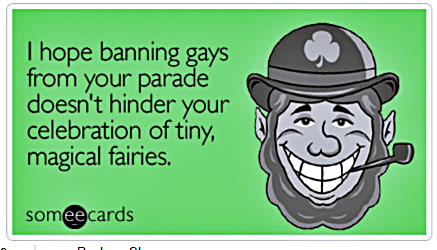 OUTVETS was the first gay group to march in Boston’s St. Patrick’s Day Parade two years ago shattering the years of hateful bigotry from the Allied War Veterans Council of South Boston which historically runs the parade and who had for decades not allowed gay groups to participate.  Now, in Trumps AmeriKKKa  the disgracefully hate and bigotry is back. and OUTVETS been denied a permit to march in this years parade.

Ed Flynn, a South Boston resident and a member of the South Boston Allied War Veterans Council — the parade’s organizer — confirmed that the group did not receive approval to participate. The parade will be held March 19.

“I am saddened and outraged that the Allied War Veterans Council has voted to turn back the clock on equality,” said Flynn, also a City Council candidate, in a statement. The vote at Tuesday’s meeting was 9-4 against allowing OUTVETS to march, Flynn said.

OUTVETS founder and chief executive Bryan Bishop said he was “disgusted” by the move. He also called it “disheartening.” Bishop said Flynn informed him of the decision after the council’s meeting.  The Allied War Veterans Council previously fought attempts by openly gay groups to march, taking the case all the way to the US Supreme Court — and winning.

OUTVETS has marched in the parade for the last two years without incident. We followed their rules to the letter and our presence helped to tear down the wall of discrimination that surrounded this event. In our first year, Congressman Seth Moulton and Secretary of Veterans Services, Francisco Urena marched with our organization in support of LGBTQ Veterans and our right to be respected as Veterans for our selfless service to our nation.

However, last year our organization was placed at the rear of the parade and no where near other Veterans organizations. While many wanted to quit and go home, we agreed that as an organization we were there to honor those who had served and are still serving our country.

OUTVETS complained to the organizers about this and thought we had a good working relationship with the council. We feel that with the death of former South Boston Allied War Veterans Council Commander, Brian Mahoney our strongest ally was gone and the old mindset of bigotry and discrimination crept back into the parade.

This is a sad day for the LGBTQ community but also a horrible day for Veterans. We served our country with honor and distinction. But even after successfully participating in this parade and bringing honor to those who have served, we are still fighting for the respect that comes with serving our country.

Universal Hub reports that Dan Magoon, who heads an organization to honor and support Iraq and Afghanistan veterans and their families, today quit his honorary position as head of the South Boston St. Patrick’s Day parade after its organizers voted to bar a gay veterans group from the procession.

Boston Mayor Marty Walsh also said this morning he will not march in the parade if the votes stands.

On the South Boston Parade webpage under it’s PARADE CODE OF CONDUCT they state:

Sexual Orientation – We do not ban any persons or Groups based on their sexual orientation. However, we, the Committee, will not allow the advertisement or display of one’s sexual orientation as a topic that should in any way be depicted as a theme of our parade. We feel it deters from the basis of which this Parade has been celebrated historically. This is a celebratory event, with religious, cultural, and historical themes, which pays tribute Saint Patrick and the evacuation of British troops from Dorchester Heights on March 17th 1776.

Welcome to Trump’s America and meet the South Boston Bigots.

Turning back the clock one parade at a time. 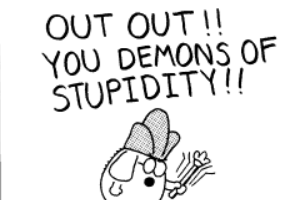 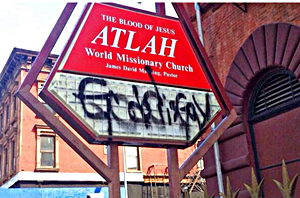