The radicals still WON’T accept it.
But they WILL subvert it. Unless . . . 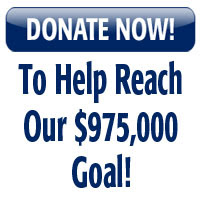 The radical Left won’t accept the future for which Americans voted.

But they will subvert that future, unless . . .

. . . unless Christians like you stay engaged in the political process.

Don’t leave it up to the politicians. You must help stop the Left from ruining every reform soon-to-be President Trump and pro-family conservatives in Congress have promised to make.

The Left has already violently protested the election in the streets — with many of the protests paid for by money from Hollywood-Washington elitists.

They’ve already tried to manipulate the Electoral College to overturn the results.

They’ve already advocated changing the Constitution to permanently empower them.

And when the new Congress is seated January 3 and President Trump is sworn in January 20…? Get ready for the Left’s massive attempt to DECEIVE, INTIMIDATE, AND SIDETRACK lawmakers from enacting reforms in favor of your faith, family, and freedom.

What can you do to fight back? First and foremost, you can donate now to help Family Research Council (FRC) reach our 2016 year-end budget goal of $975,000 by December 31.

You see, the ACLU and Planned Parenthood have already had record-breaking fundraising immediately after the election.

Backed by hundreds of millions of dollars, they — and other left-wing groups — will try EVERY POLITICAL TRICK IN THE BOOK to influence the Trump administration and Congress:

FRC must counter these efforts. FRC experts will be on Capitol Hill — and we will be at the White House — debunking the deception of the Left.

We will remind President Trump and Members of Congress of their campaign promises.

The key link, however, is you.

For FRC to be at full strength when Congress is sworn in three weeks from today, we must receive $975,000 by December 31 to finish 2016 on track.

Will you take a moment now to give your year-end gift and ensure we meet our goal?

The Left isn’t going away.

P.S. Fellow FRC supporters are so concerned about the Left’s plans they have offered a $250,000 MATCHING GRANT to double your year-end gift! Every dollar will go TWICE AS FAR up to the combined total of $250,000. So please be generous and help us reach our goal! Remember, the ACLU and Planned Parenthood have already raised staggering amounts to attack you, your beliefs, your religious freedom, and your family. Answer these radicals with your year-end donation to FRC right now.

Cick the links. I dare you.

1 thought on “FRC’s Tony Perkins Goes Full On Doctor Evil!: Send Me One Milllllion Dollars Because “The radical Left won’t accept the future.””